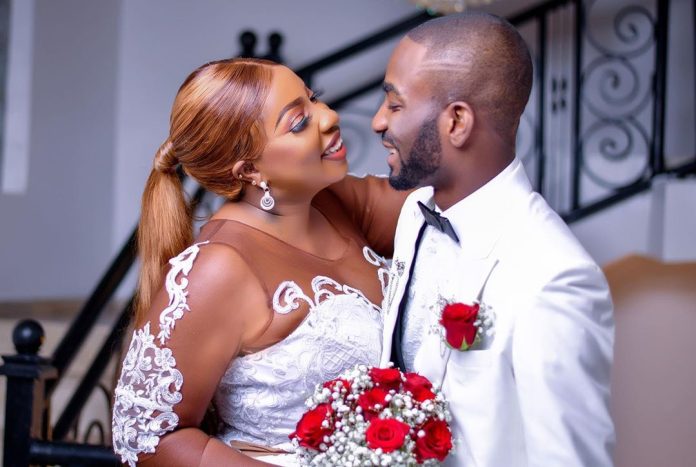 Nollywood actress, Anita Joseph has rejected the statement by a social media fan that her marriage may soon get into trouble.

The fan had warned the actress to be careful, stating that she may soon say what will ‘cast’ her marriage.

This follows a video shared by the actress on her Instagram page showing herself and her husband MC Fish in a good mood.

The fan had taken to the comment section of the post to write: “Soon you go talk wetin go cast your marriage #becareful.”

Anita however was quick to reject the statement, turning it into a prayer point. She also cursed the fan, saying she rebuked the submission in “Jesus name” and sending his bad wishes for her back to him and his sister, emphasizing that those waiting to hear bad news about her marriage will wait in vain.

The fan also quickly backed down, saying he doesn’t wish the actress anything bad.

See the screenshot of their conversation below. 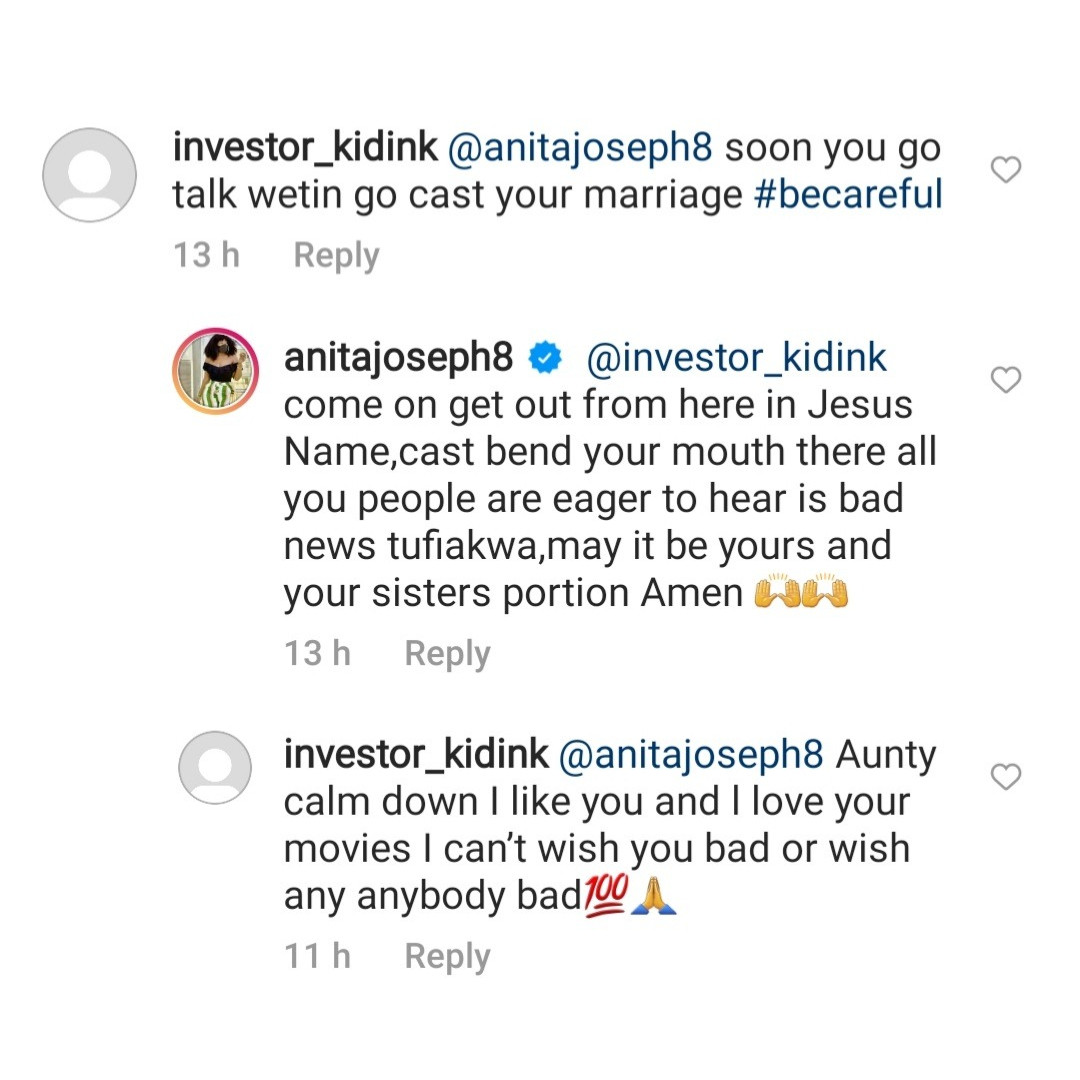 Meanwhile, a veteran of the Nollywood industry, Prince Emeka Ani has cried out for financial help to save his life as he is currently down with a sickness.

The actor whose video was shared on social media, solicited financial assistance, explaining that he is diabetic and has been sick since December 2020.

He revealed further that his matter got complicated when he suffered a partial stroke after he had surgery and then suffered partial blindness.

He added that he risks total blindness if urgent medical attention is not received.

The video seeking financial help was shared by popular actor, Yul Edochie on his own Instagram page on Monday.