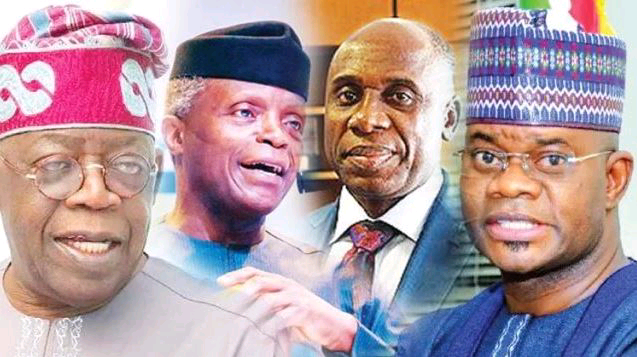 The governors elected on the platform of the All Progressives Congress have begun the search for a consensus presidential candidate.

A source privy to the first meeting of the governors told newsmen that the meeting ended in a deadlock.

“No agreement yet. Meeting has been postponed to later this week,” the source told The PUNCH on Wednesday.

The President, Muhammadu Buhari, had asked the Progressive Governors to search for the right successor at a meeting in Aso Rock on Tuesday.

Buhari also informed the governors that he would be seeking reciprocity ahead of the presidential primary which comes up in the next six days.

He told the governors, “The party has successfully established internal policies that promote continuity and smooth succession plans even at the state and local government levels.

“For example, first-term governors who have served credibly well have been encouraged to stand for re-election. Similarly, second-term governors have been accorded the privilege of promoting successors that are capable of driving their visions as well as the ideals of the party.

“In keeping with the established internal policies of the party and as we approach the convention in a few days, therefore, I wish to solicit the reciprocity and support of the governors and other stakeholders in picking my successor, who would fly the flag of our party for election into the office of the President of the Federal Republic of Nigeria in 2023.

“As we approach the convention, I appeal to all of you to allow our interests to converge, our focus to remain on the changing dynamics of our environment, the expectations of our citizens and the global community.

“Our objective must be the victory of our party and our choice of a candidate must be someone who would give the Nigerian masses a sense of victory and confidence even before the elections.”