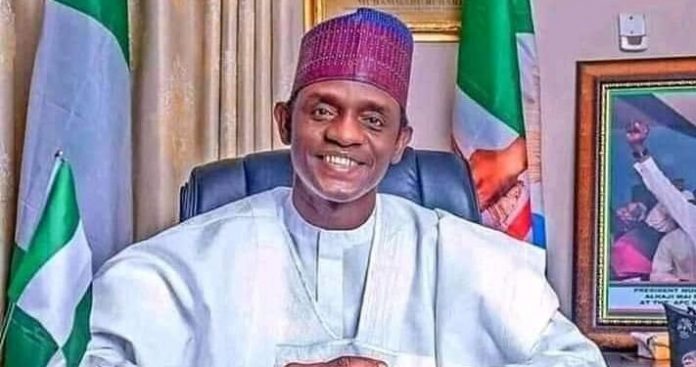 In a joint statement titled, ‘APC Leaders, Directors Greet Governor Buni At 54,’ members of the caretaker committee and the departmental directors commended the celebrant for his leadership role in the party.

They noted that Buni’s tenure has so far brought stability, unity and progress to the APC.

While listing his achievements, the statement read in part, “Under the leadership of Governor Mai Mala Buni, the APC Caretaker Committee has created a member-centered party structure that guarantees the full participation of all members.”

It has also “successfully conducted Ward, Local Government Area and States Congresses, preparing the party for a rancour-free elective National Convention; won into the APC fold three serving state governors and scores of parliamentarians from other political parties.

“Successfully reviewed the APC constitution; scrutinised and paid inherited debts for services to the party; ending and resolution of court cases instituted by many aggrieved members against the party by reaching out to aggrieved members; entrenched strong internal democracy in the party as demonstrated in candidate nomination processes and congresses, which has turned the APC into the most democratic political party in the country; purchase of the building housing the APC National Secretariat and subsequent naming as Buhari House.

“Increased the party’s numerical strength to over 40 million registered members; established a National Reconciliation Committee to reach out to aggrieved members with a view to resolving areas of misunderstanding and proactively prevent crisis.”

In a separate statement, the party’s National Secretary, Senator John Akpanudoedehe described Buni as a stabilizing voice and peacemaker.