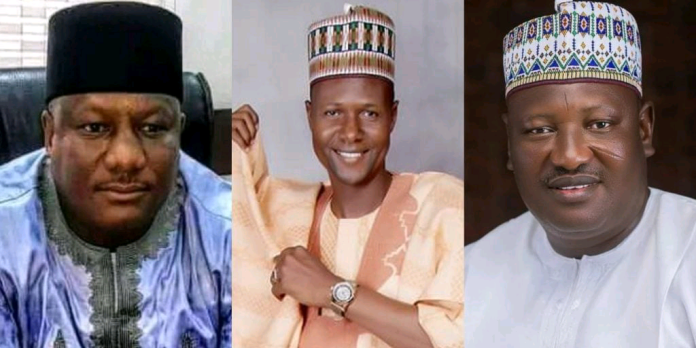 The All Progressives Congress, APC, in Adamawa State has dragged three members of the state House of Assembly to court after leaving the party to the ruling Peoples Democratic Party, PDP, in the state.

Joined with the affected members are the Assembly Speaker, Aminu Iya Abbas, the House of Assembly itself, the Accountant General of the state, and INEC as 1st to 5th defendants.

The APC instituted the suits before the Federal High Court II in Yola, asking it to determine whether the Assembly is not bound by the law to declare the seats of the three vacant for leaving the party under which they were elected.

The party, through its Legal Adviser, Idris Shuaibu, said that the legislators who contested and won the election under the APC should remain at the assembly as APC members until June 12, 2023.

The APC argues that this should be more so as there was no crisis in the party at the time the indicated members defected.

The party, insisting that the three lawmakers should have ceased to be lawmakers after they left APC, asked the court to make them refund the salaries they have been receiving since crossing over from APC.