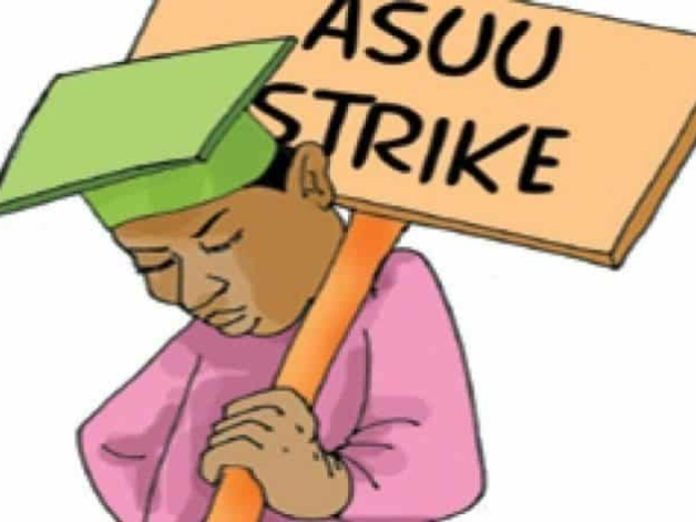 The National Association of Seadogs says the cause of the prolonged industrial action by the Academic Staff Union of Universities (ASUU) is the result of federal government’s disdain for education.

The association has now asked the government to put its act together and take proactive steps toward resolving the impasse by acceding to the demands of the union for immediate commencement of academic activities in the country’s universities.

Mr Abiola Owoaje, the NAS Capoon, in a statement titled, “FG’s Hollow Hubris Prolonging ASUU Strike, lamented the arrogant stance of the federal government, describing it as ill-conceived, reckless and insensitive to the plight of students, parents, the university system and Nigeria as a country.

The statement said the federal government has over the years demonstrated insincerity in its talks with ASUU and accused President Muhammadu Buhari of being uninterested.

Owoaje said, “President Muhammadu Buhari’s aloofness to critical issues such as the ASUU strike is disappointing. His Ministers taking a cue from him have treated the issues raised by ASUU with levity and utmost contempt. The trio of Dr. Chris Ngige, Minister of Labour, Employment and Productivity, the junior Minister, Festus Keyamo, and their education counterpart, Adama Adamu, have largely exhibited incompetence in their handling of the ASUU’s industrial action.

”Bereft of any cogent reason not to implement the 2009 agreement entered into with ASUU, they have been unnecessarily confrontational, obfuscating facts and spreading outright falsehood in the attempt to break the psyche of the striking lecturers, force the union to abandon the principle of collective bargaining and ultimately incite the Nigerian people against ASUU.”

He explained that the Nigerian government has provided inadequate funds for education including university education over the years, saying that it does not meet the criteria of the United Nations Educational Scientific and Cultural Organisation (UNESCO), and urged the government to make education a priority.

He explained that the Association rejected the claims of the paucity of funds being canvassed by the federal government as another subterfuge to shy away from its responsibility to ensure education is a priority.

He asked President Buhari to advise the National Assembly to make special budgetary provisions to accommodate the funds needed by ASUU, believing that to resolve the impasse as soon as possible funds from the Service Wide Vote (SWV) could be deployed to fund public universities.