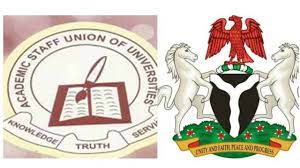 Nigeria’s Academic Staff Union of Universities (ASUU) is not done with the federal government’s decision not to pay full salaries to lecturers during the period of strike, which was called off on Monday, October 17, 2022.
Ifeanyi Abada, the ASUU chapter chairman at the University of Nigeria Nsukka, on Thursday, disclosed that the union is still consulting to ensure that whatever action is taken will be in the general interest of all stakeholders and the lecturers as well.
Speaking with an online newspaper medium, he said “It is unfortunate that our government does not have a listening ear, and ASUU won’t want to be seen as disrupting the electoral process, we’re studying the situation while consulting to ensure the best step is taken.
“We are in an election year and the year is virgin, maybe by January 10, we’ll have a clear picture,” he said.
Dele Ashiru, the chapter chairman of ASUU at UNILAG in a chat with BusinessDay explained that the union is still waiting for the court to pronounce its judgment before taking any position on this.
“The federal government took ASUU to court, so we are waiting for the outcome,” he said.
Meanwhile, Emmanuel Osodeke, the national president of ASUU in a recent interview said that he was not pleased with the slow dispensation of justice in Nigerian courts while labelling going to court as a waste of time.
“When we get there, we will let you know, but the legal issue in Nigeria is time-wasting. In the next 10 years, you will be there for 20 years. So, when we get there we will let you know,” he said.
Joseph Tejumaiye, a senior lecturer at the University of Lagos (UNILAG) expressed displeasure over the federal government’s adamant posture over the no-work, no-pay adopted after ASUU decided to call off the strike on Monday, October 17, 2022.
“I’m employed to do basically three things, to teach, research, and community development; and during the strike, the only one I didn’t do was to teach. So how does that amount to no work, if I do two out of the three things I’m employed to do?” he queried.
Recall that ASUU called off its strike action after reaching an agreement with the federal government on the N22.17 billion earned allowances and N30 billion revitalisation fund in a meeting presided over by Femi Gbajabiamila, the speaker of the House of Representatives in 2022.
However, in a twist of fate, ASUU accused Gbajabiamila of deceiving them into calling off their eight-month-old strike in October 2022, after he presented them with a written promise that the government would pay their salary arrears in full without delay.
The ASUU leader explained then that the lecturers are only remaining in the classrooms in spite of the unfavorable treatment from the government as a sacrifice for the sake of students and parents as well as the country at large.
He called on the speaker to redeem his image by working out the implementation of his promises to the union as the collective impression of Gbajabiamila by the union members is that he tricked them into going back to work and then reneging on the promise immediately thereafter.