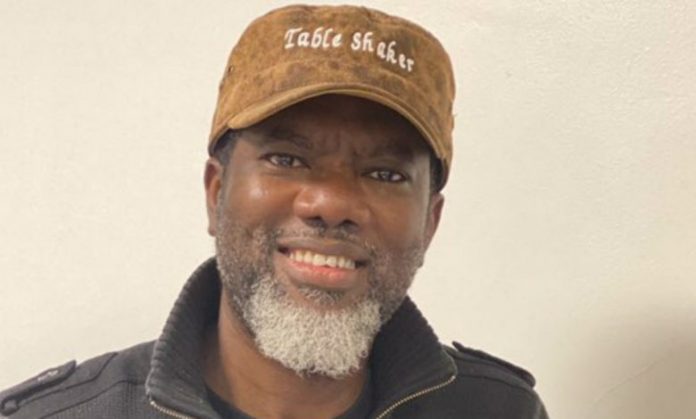 A few Nigerians on social media have alleged that in 2018 Atiku travelled to the US hiding under the former Senate President, Dr Bukola Saraki’s immunity to escape arrest.

Since his trip to the US, a post on social media claimed that the PDP candidate used Tambuwal’s immunity this time.

Omokri in a post on his verified Facebook page, Saturday described the statement as silly noting that Nigerian Governors do not have immunity outside the country.

He wrote “Even serving foreign heads of state, who break US and international law, can be arrested in the United States, which is why Manuel Noriega, a serving head of state of Panama, was arrested and tried in the US, where he served a prison sentence in Miami, Florida.

“So, how can you believe the lie that Waziri Atiku used Governor Tanbuwal’s immunity to travel to the United States?

“And the source of this lie, who is a known proxy of former Governor Peter Obi, based that immunity on the diplomatic passport held by Governor Tanbuwal? A cursory research would reveal that any former Vice President also holds a diplomatic passport in their own right.

“That being the case, why would Waziri Atiku Abubakar, a former Vice President of Nigeria, have to piggyback on Governor Aminu Tanbuwal’s diplomatic passport? It does not even make common sense.

READ ALSO: Real reasons I travelled to US – Atiku

“Moreover, an investigation by any journalist would reveal that Waziri Atiku Abubakar and Governor Tambuwal did not travel together. They arrived in the United States on separate dates, via separate airport terminals, and in separate aeroplanes.

“Additionally, even the fact of diplomatic immunity is not a defence in this particular instance (not that a defence is required, as both Waziri Atiku Abubakar and Governor Aminu Tanbuwal are persons of sterling character, who have broken no laws). By virtue of the 1961 Vienna Convention on Diplomatic Relations, holders of diplomatic passports can be prosecuted and jailed for crimes committed outside the country they are accredited to.

“Finally, we have identified the source of this fake news and have passed on his details to US authorities. I will not say more than that at this time, as the matter is in their hands”.