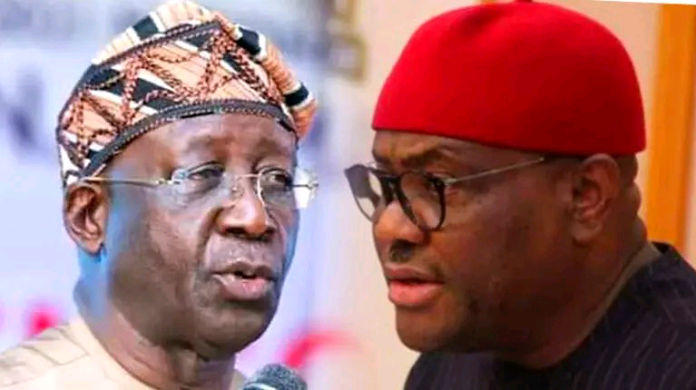 Rivers State Governor, Nyesom Wike, has continued to drag the National Chairman of the Peoples Democratic Party (PDP), Iyorchia Ayu, accusing him of building a private university in Benue State within one year in office.

Wike challenged Ayu to sue him insisting that the PDP Chairman is corrupt and lacked the moral rectitude to lead him and Rivers people to any campaign.

He said Ayu took N1bn, N100m and the money the PDP raised during primaries and wondering what he would do if he entered office.

Wike spoke when he led the G5 governors to flag-off the Rivers PDP campaign for 2023.