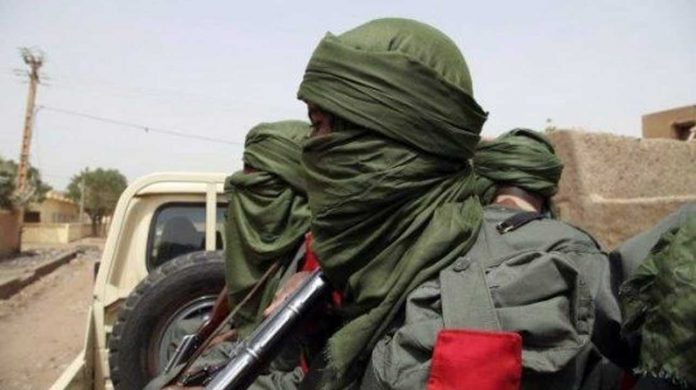 Bandits have reportedly attacked a convoy of vehicles on Kaduna-Birnin Gwari Highway and abducted scores of passengers.

Although the details of the incident have remained sketchy, it was gathered that most of the victims were traders on their way to Kano.
A community leader, Muhammadu Umaru, told journalists that four of his neighbours were abducted, adding that the vehicles attacked were about 20 which were led by a police escort.
“We have about 70 of our traders from Udawa town alone and there are others from neighbouring towns in the convoy that was attacked between Udawa and Buruku along the highway.

“My neighbours were involved because we call their phones and a bandit picked the call,” he said.
It was gathered that some of the traders that ran into the bush called their relations to inform them of the situation.
The State Police Command’s Public Relations Officer, ASP Jalige Mohammed, promised to comment on the incident after finding out details.
Earlier on Wednesday, the Emir of Zazzau, Ambassador Ahmed Nuhu Bamalli, had enjoined all Imams and Pastors within the Emirate to begin special prayers for the restoration of peace and stability in the area and nation as a whole.
Bamalli, who stated this in a statement signed by the media and publicity officer of the emirate, Malam Abdullahi Aliyu Kwarbai, said this became imperative in view of the incessant killings, miming and kidnapping of innocent people across the emirate.
Kaduna State has been facing bandits attacks for a while and the state governor, Nasir El-Rufai, said his administration’s intention is to kill all bandits.
He said this on Tuesday after meeting with President Muhammadu Buhari on the recent bandit attack that claimed 40 lives in the state.
The governor, accompanied by the State Commissioner for Internal Security, Samuel Aruwan, said the bandits ‘whereabouts was not hidden, but that the military was mindful of the collateral damage it could cause the civilian community.