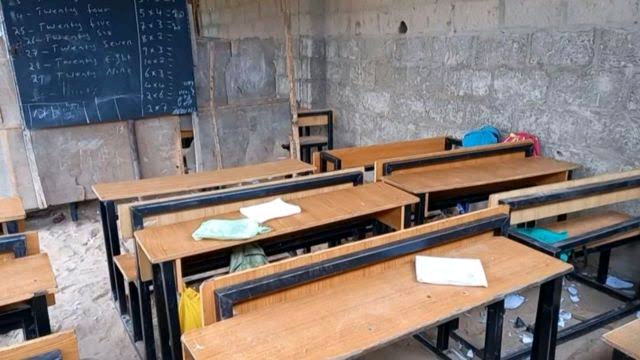 Bandits terrorising residents of Zamfara and forcing closure of schools have converted some classrooms to personal use in the North West State.

According to DAILY TRUST, dozens of primary schools in highly traumatised remote rural communities had been taken over by armed criminals.

The schools were abandoned by the pupils and teachers as a result of the activities of the criminals.

According to residents, the head master of one primary school in Birnin Magaji Local Government Area of the state was once confronted by armed men who asked him to close lessons for the day as they intended to sleep in the classrooms.

Without any hesitation and knowing fully the consequences of not carrying out their order, the headmaster immediately closed the school and asked all the pupils to go home.

It was learnt that scored of armed bandits have been killed in airstrikes after they took shelter in the empty classrooms in the abandoned primary schools across the state.

Apart from this, there were schools affected by a lack of teachers because many had rejected posting to rural schools due to the risk associated with going there to teach.

Consequently, the schools were either abandoned or left without enough teaching personnel.