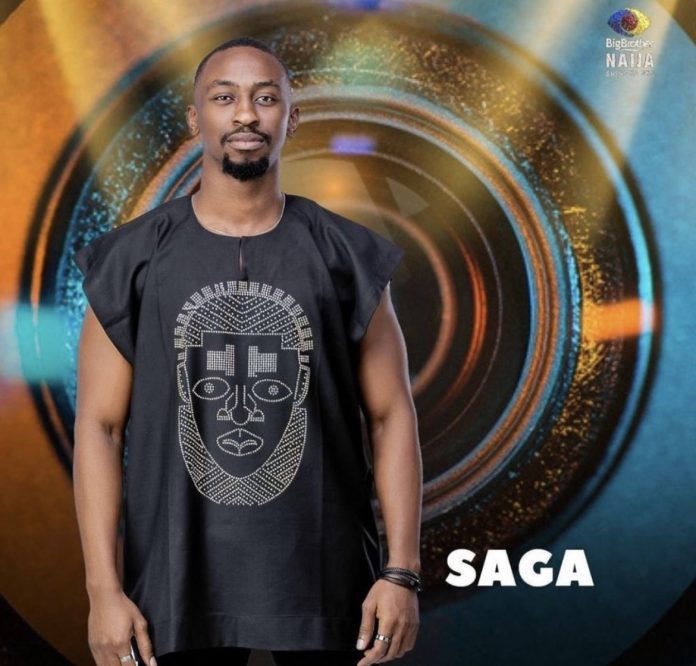 Big Brother Naija housemate, Saga has revealed that he was expelled from secondary school.

Saga told Queen that he was expelled because he made a statement that got his principal angry.

Narrating the incident, Saga said “I went to a catholic school. one day during the morning assembly, my principal gave a stern warning to the ladies about their beret and I jokingly said “you go fear fear.”

“This made people in my class to burst into laughter and she asked who made the comment and punished me. She continued the punishment for one week and when she got tired she said I should go and call my mother.

“My mum refused to come because she said I had been punished for the incident already. One day, my mum got angry and came to school to face her because the punishment was too much, they exchanged words and my principal got angry and issued me my expulsion letter.”

Saga added that he moved to another school and graduated there.