BBNaija: I’ll apologise to my husband, own up to my actions, says Tega 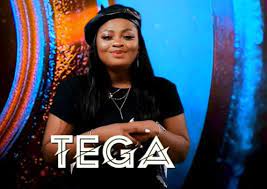 Big Brother Naija Shine Ya Eye ex-housemate, Tega, says  she’ll own up to her actions and tender an apology to her husband and Nigerians.

She made this known during her interview with Beat 99.9 fm on Tuesday, during her media rounds.

Her husband, Ajeboh Krislawrence, had stated  in an interview on Monday that he would forgive his wife if she apologised.

“If she comes back and apologises, I will give her a second chance; but if she comes and says what she did was okay, I will let her go and I will move on,” her husband had said.

Tega had  set tongues wagging  last week with a video that went viral  which featured her kissing fellow housemate, Boma while in bed.

READ ALSO: JUST IN: Buhari meets with security chiefs, others

The married mother-of-one also kissed Boma in front of the housemates and at the executive lounge where he spanked her, leading to rage from the fans.

Speaking about her actions, she said, “We were on the show and we had some talks. And of course, we were enjoying the buzz from the housemates. So we kept on doing it.

“We went on at it but coming out of the show, we realised that we pushed the button too far and it exploded, of course.

“Definitely, I’m going to own up to everything and then tender a sincere apology to Nigerians and of course, my husband.”