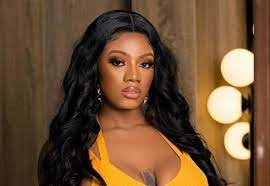 One of the scariest aspects of getting married has been shared by former Big Brother Naija housemate Angel Smith.
This was announced by the reality TV personality on Thursday, August 4, 2022, via her Twitter account.
“I think the scariest part of marriage; FOR ME, is that you actually don’t really have a decision in terms of using protection, you expect your partner to be loyal but it’s many people out cheating on their partners without using protection,” she tweeted.

“I’ve seen too many bizzare stories of people infecting their husbands/wives with stds and I want no part AT ALL Lmfaooo.”

“The story where the husband knew he had gotten HIV, gave it to his wife, she got really ill and he knew that was what the problem was, still didn’t tell her and then she found out when she was almost d*ing. It’s a no from meeee dawggg.”

Angel was one of the housemates from the sixth season of the reality TV show.

She was one of the last six housemates standing during the finale.