Some things are happening in Nigeria now that we seem to ignore because of the frenzy and euphoria of political activities around us. The country is probably experiencing one of the worst brain-drain in its history, yet it seems nothing is amiss. As usual, our leaders are not alarmed and the citizenry themselves appear unbothered by the humongous problem. The only thing that matters now is politics. While some are plotting to take over power at all levels of government, others are devising means of retaining it by all means. To make matters worse, some impoverished Nigerians don’t mind fighting and killing themselves for their oppressors to thrive.

The United Kingdom’s General Medical Council reportedly licensed fresh 91 Nigerian-trained doctors within15 days in October 2022. This brought the total number of Nigerian-trained doctors in the UK to 10,387 as of October 25. Note that this figure is for the UK alone. As serious as this issue is, it is not one of those kept on the front burner in our polity. Perhaps, the only people complaining are the medical doctors themselves. Unfortunately, nobody is interested in their lamentation.

According to the Nigerian Medical Association, there are 5,210 associate specialists, 2,318 doctors in training, 1,837 general practitioners, and 1,273 specialists among the 10,387 doctors that relocated to the UK in recent times. Apart from doctors, other categories of health workers are said to have migrated. Nigeria currently has the third-highest number of foreign doctors working in the UK after India and Pakistan.

The National President of the Medical and Dental Consultant Association of Nigeria, Dr Victor Makanjuola, said over 500 consultants left the services of government hospitals for practice abroad in the last two years. He explained that government hospitals are consultant-led practices in line with the global standard. Since those likely to leave are the younger ones, and those in their 50s, he is of the view that Nigeria should work on retaining both the young and the older consultants to prevent being left with a system without consultants.

On its part, the NMA has warned that at the rate Nigerian doctors are leaving the country, Nigeria may end up importing doctors in the future. Just as the Nigerian Association of Resident Doctors (NARD) reminds us that six out of 10 doctors in Nigeria plan to leave the country.

Basically, the signs that Nigeria is heading for trouble are here for those who care to see. Already, the number of doctors writing postgraduate fellowship exams has fallen drastically. During its last exam, only four of the centres of the National Postgraduate Medical College of Nigeria (NPMCN)  across the nation were used for the computer-based postgraduate fellowship examinations due to what was described as a “marked decline” in applications for the fellowship.  We have heard of cases where resident doctors billed to go on leave in public hospitals are asked to suspend their vacation due to a severe shortage of manpower. 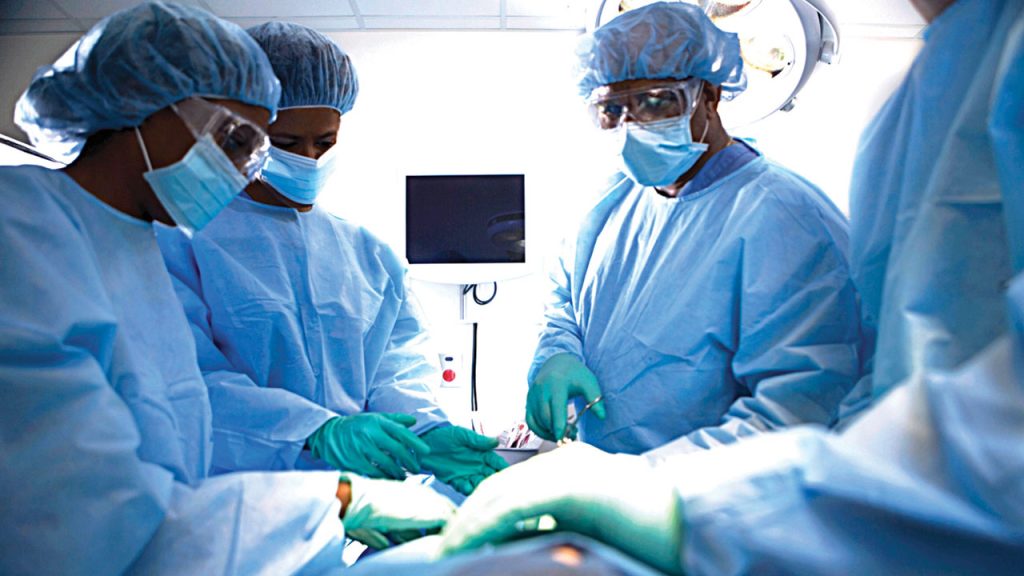 Those who patronise government hospitals can easily attest to the dwindling quality of care in these facilities. Not because the medical personnel is cruel, but because they are working under intense pressure. I was at the Lagos University Teaching Hospital a few weeks back and I had a glimpse of what health care in Nigeria has become. Patients were practically rejected for lack of space.

At first, I thought lack of bed space meant no beds for patients only to later realise that there were actually bed spaces but the problem was inadequate manpower. In the female ward that I visited, I saw only two nurses on duty.  And if you think medical personnel should be interested in keeping their patients alive, that is obviously not the case here. You could see that these ones were too eager to see their patients, especially those with terminal illnesses, expire. The level of care for such patients was almost zero. The few consultants available were overbooked.  Many of them were always moving from one private hospital to the other.

Unfortunately, despite these glaring problems, those who should know in government are saying all is well.  For example, our Minister of Health, Dr. Osagie Ehanire believes Nigeria has enough medical doctors. To him, the number of doctors leaving Nigeria is less than 1,000 and Nigeria produces up to 2,000 or 3,000 doctors every year. Obviously, he is not the only one living in this fool’s paradise. His predecessor in office Isaac Adewole said the same thing in 2018.

Shouldn’t a country be worried that a thousand out of 2000 or 3000 doctors it produces yearly are leaving its shores? Should we be exporting what we desperately need at home to countries that are far better than us?  According to the Joint Admissions and Matriculation Board, the quota for medicine, pharmacy, and health sciences in all of Nigeria’s institutions is just 39,850. Out of this, only 33,671 were admitted in 2022.  Having a problem of shortage of medical personnel is bad enough, but denying that the problem exists is far worse.

If the data from the Medical and Dental Council of Nigeria as of May 30 this year is anything to go by, Nigeria is in trouble. According to the body, out of the 88,692 doctors registered in their books, only 45,000 are currently practising, and that gives us a ratio of one doctor to 4,088 persons.

I don’t know why Nigerian leaders are always quick and happy to compare her with countries that are not doing well. Is it that Nigerians don’t deserve anything good? Why not compare Nigeria with countries that are thriving- countries with better health systems? The United Nations and the WHO recommend one physician to 600 persons. Is there anything wrong in Nigeria aspiring to achieve this?  Nigeria, the so-called giant of Africa, is boasting of having a doctor to over 4000 patients when there are indeed countries with a more doctors-patients ratio even in Africa.

Come to think of it. Why are the countries with better doctor-patient ratios taking the few ones in Nigeria away?  Could the parable of the poor giving out the little they have to the rich be playing out here? Nigeria is losing what it has because it does not value it and those countries that value what we don’t value are taking them away. They are doing this intentionally because they know what it means to have a healthy society.

Nigeria has enough problems. Becoming a doctorless society would be stretching it too far. I doubt if Nigeria can ever afford to import doctors, so it’s better we don’t get to that point. That is why the government should stem this tide before it becomes too late. We need our medical personnel here.

Meanwhile, here is a note of warning to those in government who think they are better off than the common Nigerians because they can take out of our common patrimony to access the best health care in the world – life happens. No one has control over their times of emergencies. Simply put, what goes around comes around!

By the way, I thought the general opinion is that Nigeria’s educational system is battered and useless, how come all these western countries keep coming here to take the medical personnel trained in our so-called “ramshackle” institutions?

Olabisi Deji-Folutile is the editor-in-chief of franktalknow.com and a director at af24news.com. She is also a member of the Nigerian Guild of Editors. Email: bisideji@yahoo.co.uk