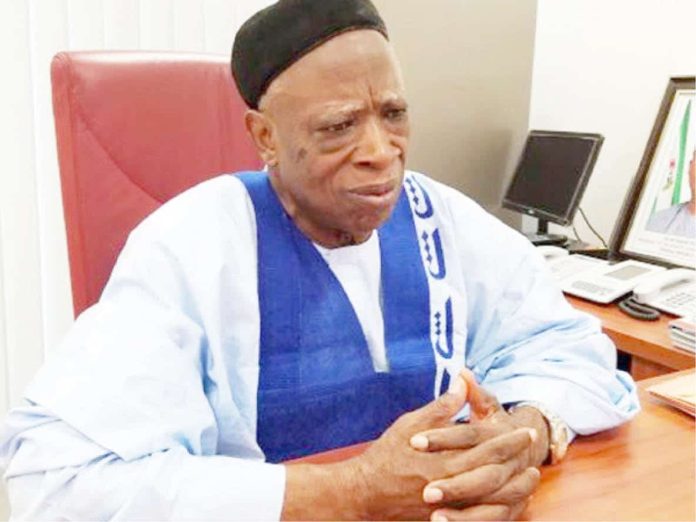 Stakeholders in the All Progressives Congress (APC) in Zone C of Benue State on Saturday called for the quick intervention of the National Chairman of the party, Senator Abdullah Adamu in the crisis ravaging the party over the selection of a deputy governorship candidate for the 2023 election.

The stakeholders warned that unless the Adamu-led national leadership wades into the dispute and amicably and objectively resolves the matter, the party might be heading for the rocks in the coming election.

The grouse of the stakeholders arose from the way the Idoma nation was denied the opportunity to produce the governorship candidate for the 2023 election.

The Idomas and their Igede counterparts had agitated for the governorship seat this time around having been denied the opportunity in the past 47 years the state was created.

However, the crisis currently rocking the party is on the selection of the deputy governorship candidate where attempts are being made to deny the Zone C Senatorial District the opportunity to recommend a candidate of their choice.

Rather than allowing the Idoma nation to decide and recommend a suitable candidate, attempts are being made using Senator Jack Tilley Gyado and Chief Simon Shango, both Tiv by tribe to impose a former Minister of State for Niger Delta, Hon Sam Ode whose mother is of the Tiv lineage with the governorship candidate and state leader of the party, Senator George Akume.

The stakeholders recalled that the scenario played out in the 2019 election during which APC lost woefully in Benue State.

The Stakeholders appealed to the APC national leaders to wade into the dispute and stop those making the unpopular move to impose a deputy governorship candidate at the detriment of the senatorial district.

They warned that the party might witness defections unless concerted efforts are made to stop injustice in the party in the state.