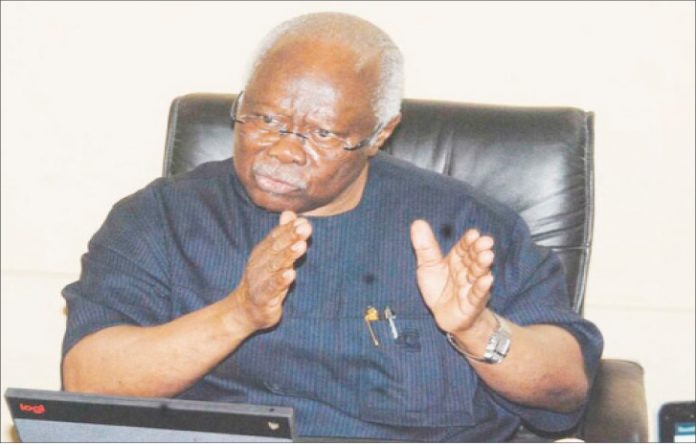 Chief Olabode George, a former Deputy National Chairman of the Peoples Democratic Party (PDP), on Monday said he will not dignify Ayo Fayose, former governor of Ekiti state with a response over his recent interview.

Speaking with Daily Independent, George, who phoned in from the United Kingdom described Fayose as an infra dig who is not worthy of his attention.

He however said all what Fayose in the interview are pure lies and a failed attempt to distort history.

“Fayose is a complete infra dig and does not deserve my response. All what he said in his interview are nothing but lies. He is a perpetual congenital liar. I don’t talk to such characters. He should just disappear into oblivion.”

“We will soon put him and his renegades where they belong. Let’s see what he will do then.  You can see the difference between the management style of an educated man in the person of the current governor of Oyo state and when Fayose was there.”