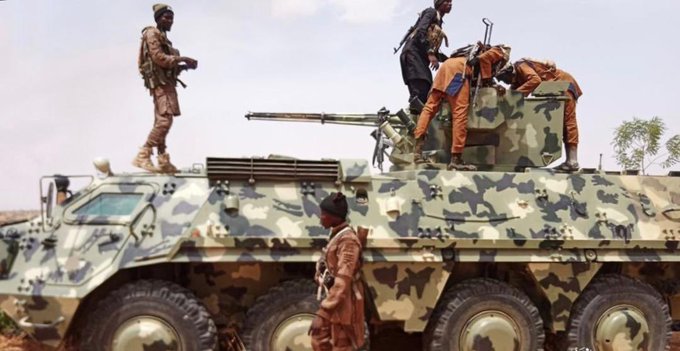 Boko Haram fighters have reportedly killed 35 members of the Islamic State of West African Province following a fierce fight that ensued between them at the Lake Chad region.

A source told Punch that the clash followed a series of intensive attacks by Boko Haram combatants led by five of the group’s commanders, most notably Abu Umaimah, on the ISWAP strongholds.

During the fight at Lake Chad island of Toumbun Gini, Boko Haram seized a large number of weapons from the ISWAP fighters while chasing them out of their enclaves.

Another source told the publication that the sustained attacks by Boko Haram pushed high-profile ISWAP leaders into holding a meeting at Tumbun Murhu to discuss the inability of the group to carry out major attacks during the Yuletide as planned earlier.

It was gathered that ISWAP has been unable to carry out attacks due to violent clashes with Boko Haram members.

“ISWAP has now resolved to carry out a series of attacks on Boko Haram strongholds in the Lake Chad and Sambisa forest axis.”