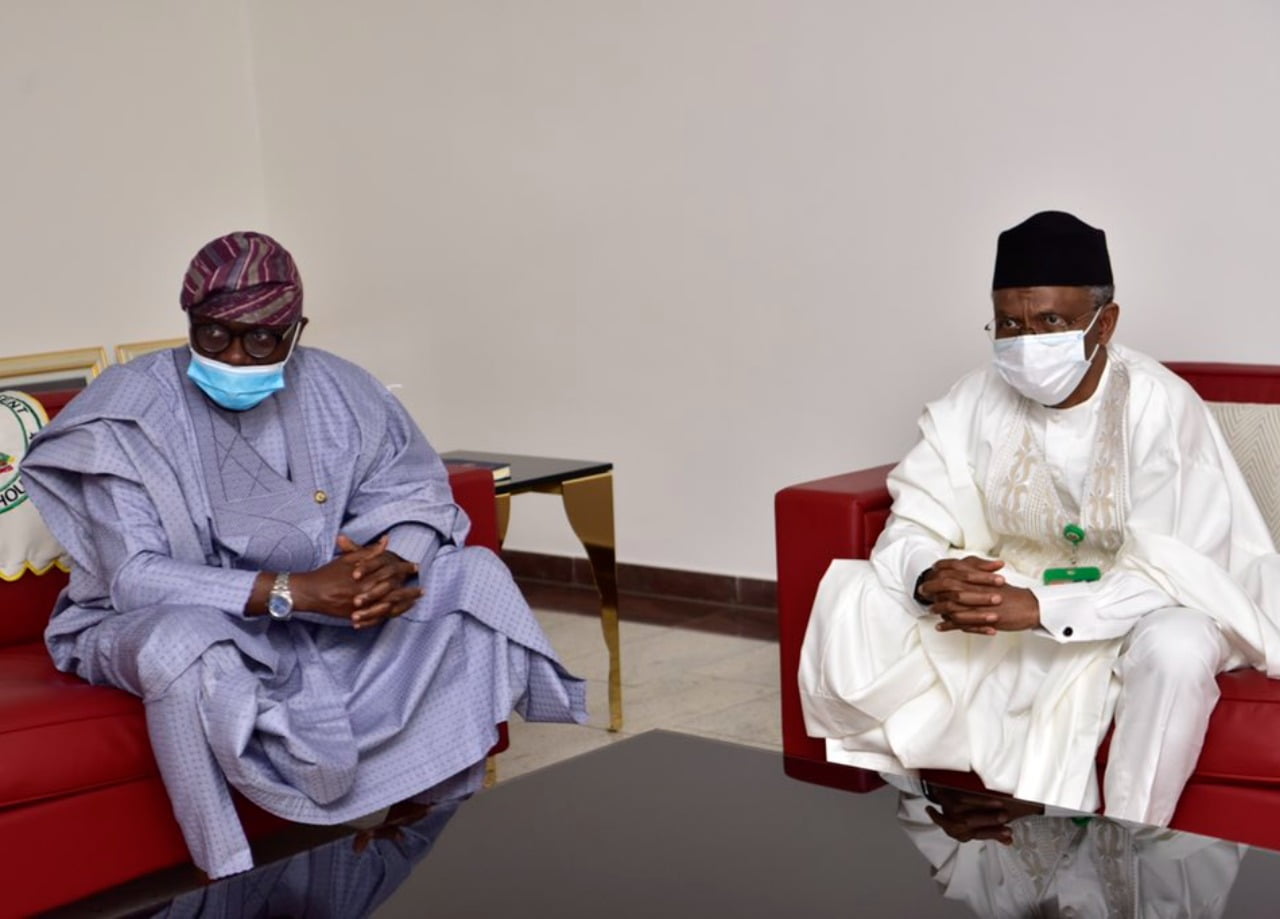 Both the Lagos State Governor, Mr. Babajide Sanwo-Olu and his Kaduna State counterpart, Nasir el’Rufai, have gone into self-isolation.

A statement titled ‘Sanwo-Olu goes into self-isolation’  was released by the Lagos Commissioner for Health, Prof. Akin Abayomi on Friday.

He said one of the close aides to Sanwo-Olu tested positive for coronavirus, necessitating the governor to isolate.

However, Abayomi did not state the COVID-19 status of the governor.

Similarly, Kaduna State Governor, Mallam Nasir El’Rufai, announced on Twitter Friday night that he had gone on isolation after some people close to him tested positive for the virus.

The governor @elrufai said he had been notified of more positive Covid-19 test results of persons close to him, including an immediate family member and senior officials of the Kaduna State Government.

As a precaution, he  said he was  in self-isolation pending a test by Sunday.

The commissioner said Sanwo-Olu had been tested for COVID-19 for at least three times.

The statement read, “The governor will go into self-isolation immediately, after one of his close aides tested positive for COVID-19 yesterday (10th of December).

“Mr. Governor and other members of his team will be tested by the Lagos State biobank today but will remain in isolation until the results of the tests are available.

“We are seeing slightly increasing number of COVID-19 positive cases in clusters in Lagos and all Lagosians should adhere to the prescribed advisories of safe distancing, good hand and respiratory hygiene and avoidance of unnecessary gatherings.

“This is not the first time Mr. Governor is having the COVID-19 test. He has had at least three since May when he announced that 10 of his aides had tested positive for the virus.”

Meanwhile, the Nigeria Centre for Disease Control announced 675 new infections in the country on Thursday.

A breakdown of data on the NCDC website showed that the 675 cases are the highest recorded in the country since August 23, 2020 when 601 cases were reported.

The data also showed that till date, Nigeria has recorded 71,344 confirmed cases, 65,474 recoveries and 1,190 deaths in 36 states and the Federal Capital Territory.

Malam Nasir @elrufai has been notified of more positive Covid-19 test results of persons close to him, including an immediate family member and senior officials of the Kaduna State Government.

As a precaution, he is in self-isolation pending a test by Sunday. pic.twitter.com/22QuRkyGqj

The Christian Association of Nigeria (CAN) has dismissed the claims of Borno State Governor, Professor Babagana Zulum, that some Christians are members of the...
Read more