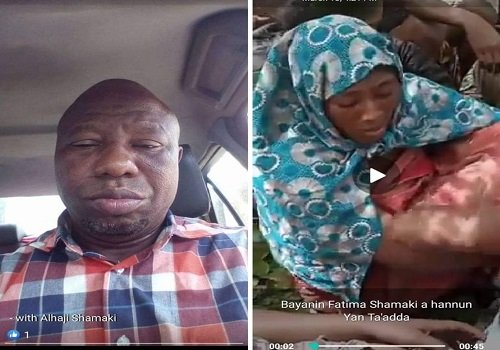 Father of one of the 39 students kidnapped from the Federal College of Forestry Mechanization in Mando, Kaduna, Ibrahim Shamaki, is dead.

Franktalknow learnt that Shamaki died on Friday ostensibly from anguish of his missing daughter Fatima.

Miss Fatima was identified as the girl with hijab in the video released by bandits barely 24 hours after abduction of the 39 students.

In the video, Fatima spoke in Hausa that the bandits threatened to ensure none of them leaves the forest alive if the government sends troops to rescue them.