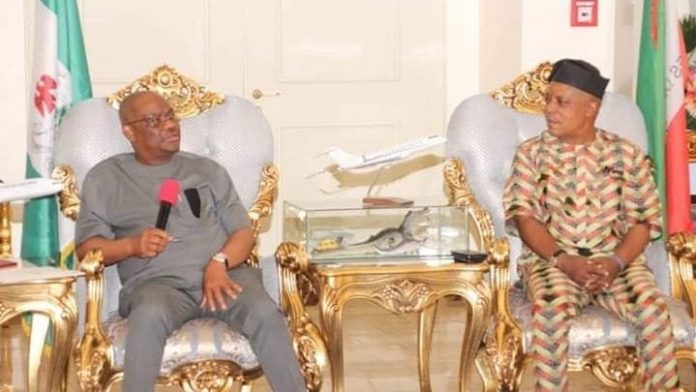 Nigeria’s main opposition party, Peoples Democratic Party, PDP seems to be in a crisis as two members of the House of Representatives have dumped the party for the ruling All Progressives Congress, APC.

Reps Mike Etaba and Lego Idagbo of Cross River have now joined the APC. Their defection is coming shortly after a Zamfara Senator, Hassan Mohammad Gusau also dumped the party on Tuesday.

It was earlier reported that the Governor of Cross River State, Ben Ayade decamped from the PDP to the APC.

The defections were announced on Tuesday by the Speaker, Femi Gbajabiamila after reading letters from the two lawmakers.

The crisis rocking the PDP is now very serious as the party has now lost 3 governors and several lawmakers in the latest gale of defections.