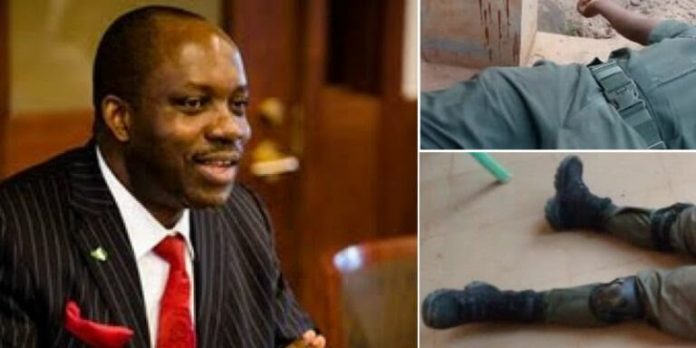 THE Anambra State Police command said last night that it had arrested four additional suspects in connection with Wednesday’s attack on the former governor of the Central Bank of Nigeria. CBN, Professor Chukwuma Soludo, which left his three police orderlies dead.

The incident took place at Isuofia Civic Center in Aguata local government area of Anambra State while Soludo, a governorship aspirant on the platform of All Progressives Grand Alliance, APGA, was holding a town hall meeting with no fewer than 1000 people.

According to the PPRO, “The suspects confessed to have actively taken part in the attack and subsequent abduction of the Commissioner for Public and Utilities, Engr Emeka Ezenwanne, who the command is working assiduously to rescue.”

“Consequently efforts are still ongoing to apprehend other fleeing accomplices, unravel the circumstances surrounding the incidence and bring perpetrators book”.

He said the Commissioner of Police in the state, Mr. Monday Kuryas has reiterated his commitment towards ensuring the safety and security of the people.

READ ALSO: One suspect arrested after attack on Attack on Soludo

Tochukwu urged the public not to relent in providing useful information that would assist the command to fight all forms of criminality in the state.