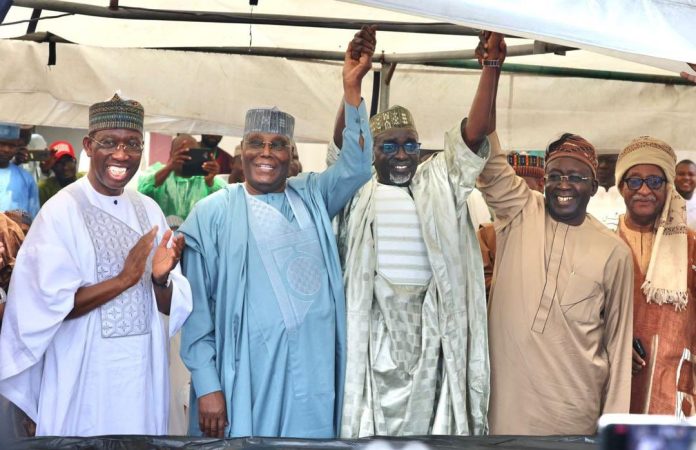 A former governor of Kano State, Ibrahim Shekarau, has defected from the New Nigeria Peoples Party (NNPP), to the Peoples Democratic Party (PDP).

Shekarau announced his defection at a grand ceremony at his residence in Kano on Monday, graced by the PDP presidential candidate, Atiku Abubakar; Governor Aminu Tambuwal of Sokoto; PDP National Chairman, Iyochia Ayu, and other party stakeholders.
The senator said he had already written a letter to the Independent National Electoral Commission, INEC, and the NNPP offices at the national, state, local government, and ward levels informing them of his decision to quit the party.

READ ALSO: Wife of man who killed his children narrates how she escaped death

According to him, INEC at the national and state levels has been notified of his decision to relinquish his senatorial contest in NNPP.
Recall that it was earlier reported that  Shekarau was to defect to the PDP, following his fallout with the NNPP and its presidential candidate, Rabiu Kwankwaso.