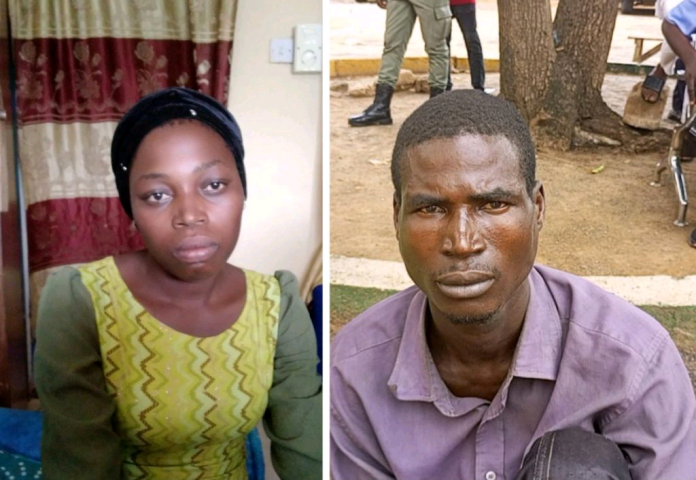 It is a story of agony and loss of four children for a housewife in Adamawa State, Laraba, whose husband, Elisha Tari, has confessed to killing two of her children after the couple had earlier lost two to natural causes.

Elisha who is currently being held by the police, narrated to newsmen last week how he fatally stoned his last two children aged 3 and 5 because they disobeyed his instruction.

Elisha who is of Himike village in Michika Local Government Area was apprehended after he was reported to the police for hitting his two sons to death with stones.

The wife Laraba had earlier escaped from the husband on complaints that he attempted to kill her.

Laraba, in a news interview at the weekend, said she had four children and a miscarriage for Elisha but that two of the children died of sickness while the remaining two were killed by their own father.

She said her husband who smokes Indian help, drinks alcohol, takes tramadol and inhales snuff, has made her childless after God blessed her with children.

She lamented that she suffered bouts of domestic violence in the hands of her husband, and that the last attempt which made her escape to her parents was the day he had returned home in the night and refused to eat the food she served him.

She said he asked her to undress and to lie down, which she did, but that when he announced that he would slaughter her and was going for a cutlass to do that, she ran to her father-in-law in only her pants.

Laraba said, “I ran out of the room while he was trying to pick a cutlass to slaughter me. I escaped to the house of my father-in-law while wearing only pants that fateful night, but my father-in-law chased me out of his house, telling me that he is neither a vigilante nor a policeman.”

Laraba said she summoned courage and entered a neighbour’s house where she spent her night before leaving for her parent’s house the following day, and that it was a few days later that she was informed of how her husband had killed their remaining two children.