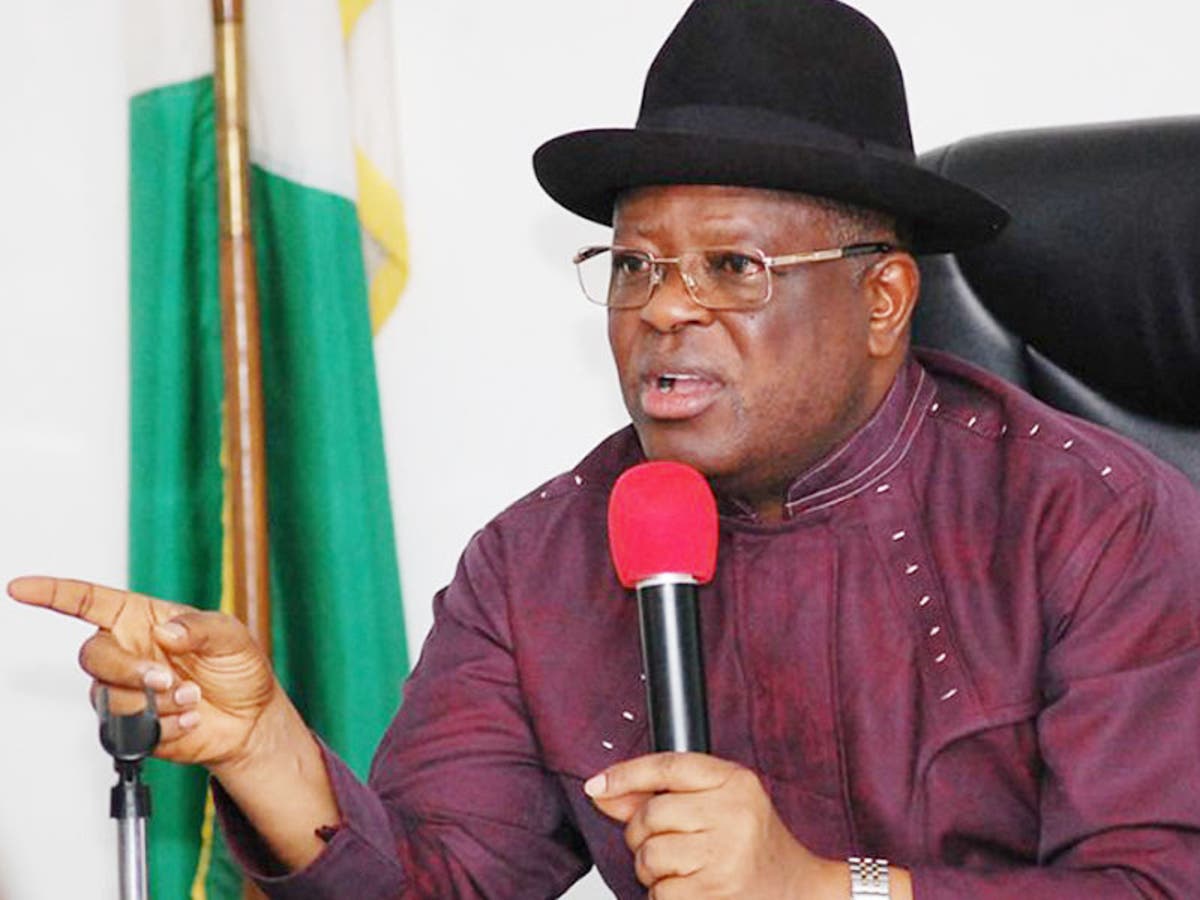 Ebonyi State Governor, David Umahi has directed the immediate removal from offices of all Zonal Education Supervisors in the State.

The governor also directed that all the Education Secretaries that were on leave are to face disciplinary action to ascertain the level of their involvement in the fraud in the state education system.

Secretary to the state government, Kenneth Ụgbọala announced the governor’s decision in a statement on Wednesday.

The statement further noted that that all the Education Secretaries that were on leave will consequently be removed from office.

According to the statement, all teachers, Headmasters and Principals (both Junior and Senior) are to be reshuffled within their Local Government Areas.

He directed the 13 Local Government Chairmen to liaise with concerned authorities to carry out the directive.

Dr. Ugballa noted that the decision followed the emergency meeting held at the Presidential Lodge New Government House, Abakaliki, between Governor Umahi and stakeholders in education sector, on how to improve the State education system.

He stated that during the summit, education and health stakeholders will make useful suggestions on how to make the systems more functional.

The Statement further directed the Secretary to the State Government and Coordinating Commissioner to coordinate the exercise which is slated to commence from 1st July, 2021.

“All the Headmasters and Principals of schools are hereby directed to ensure regular clearing of their school premises and also, every pupil, student and staff of each school is to plant at least one tree and this should be supervised by the 13 Council Chairmen in their various LGAs,” the statement added.