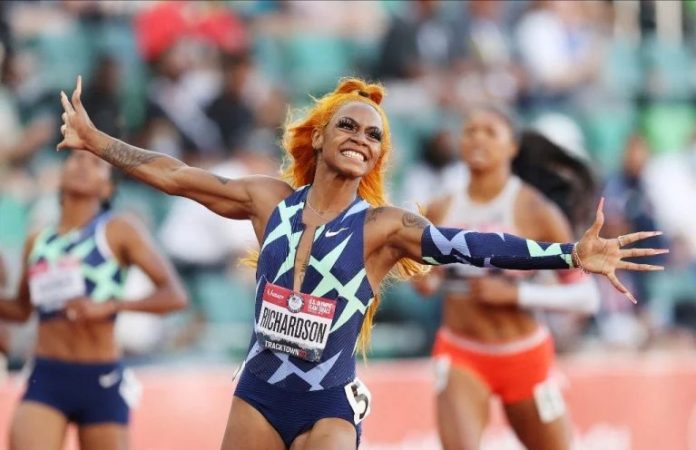 American sprint sensation Sha’Carri Richardson confirmed Friday she tested positive for marijuana at the US Olympic athletics trials and says she could still compete on a relay at the Tokyo Games.

Speaking on US Olympic telecaster NBC’s “Today” show, 21-year-old Richardson said she took marijuana to cope with “a state of emotional pain” after learning of the death of her biological mother from a reporter at the US Olympic trials last month in Eugene, Oregon.

The US Anti-Doping Agency announced moments after she apologized to fans for her violation that Richardson has accepted a one-month ban from June 28 for her marijuana positive.

Dozens of House Republicans and their staffers marched maskless out of the House to the Senate floor in protest of the new mask mandate...
Read more
Foreign

A United States court has issued a warrant of arrest for a Deputy Commissioner of Police in Nigeria, Abba Kyari. According to a court document...
Read more