Buhari administration has broken many jinxes in six years – Adesina 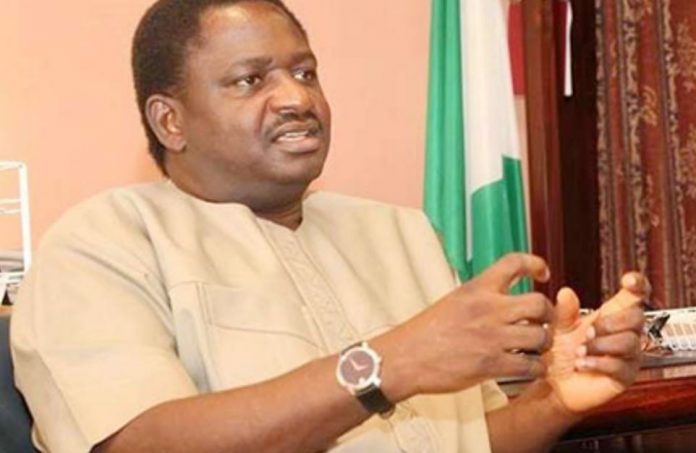 The Presidency has listed the achievements of the Muhammadu Buhari-led administration since 2015, noting that the President has broken many jinxes.

In a statement issued on Sunday by the Special Adviser on Media to the President, Mr Femi Adesina, the Presidency noted that Buhari has ended tracks of erstwhile impossible, including signing the Petroleum Industry Bill into law.

According to the statement, in his streak of firsts, President Buhari had recently declared an N287 billion profit after tax by the Nigerian National Petroleum Corporation, which was the first in the over 40 years of the corporation.

Among the most significant as recalled by Adesina was the recent feat by the Nigerian National Petroleum Corporation which announced a first Net Profit in the 44-year history of the organisation.

Under President Buhari, who doubles as Minister for Petroleum Resources, the oil conglomerate announced a first-ever profit of N287 billion.

He said such had never happened before, adding that it was by no means the only major jinx broken in the lifetime of the Buhari administration.

He listed others to include Petroleum Industry Bill signed into law in 2021, after almost two decades in the works, explaining that it was aimed at reforming a Petroleum Act dating back to 1969, as well as other supplementary laws and regulations.

According to the media aide, the presidency also saw to the amendment of the Deep Offshore and Inland Basin (Production Sharing Contracts) Act, 2019, for the first time since 1993, including more than 6 billion dollars of inherited Cash Call Arrears now being cleared by the Buhari Administration, since 2016, of which more than 3 billion dollars of the arrears (payments due to International Oil Companies) have since been paid.

“Restoration of the Federal Budget to a January-to-December cycle, after more than a decade. While the Nigeria Center for Disease Control (NCDC) was established in 2011, and for its first seven years did not have an enabling Act of the National Assembly — Until 2018 when President Buhari assented to the NCDC Act.

“Nigeria Police Act, 2020: The first overhaul of the Police Act since it was originally enacted in 1943, including the Nigeria Correctional Service Act, 2019 – overhauled the existing Prisons Act, almost 50 years after it was first enacted.

“Finance Acts 2019 and 2020 – the first time ever that Federal Budgets are being accompanied by dedicated and specific reform legislation, to support implementation. Suppression of Piracy and Other Maritime Offences Bill, 2019: The first of its kind in the entire Gulf of Guinea, dedicated to prosecuting maritime offences.

“Police Trust Fund Act, 2019: First-ever legislation dedicated to addressing the financing of the Police Force, CAMA, 2020 – the first overhaul of the Company and Allied Matters Act in 30 years.

“Discrimination Against Persons With Disabilities (Prohibition) Act, 2018: Another unprecedented piece of legislation in Nigeria. Treasury Single Account (TSA) started in 2012, expanded across the entire Government by President Buhari”.

On projects executed by the government, Adesina listed Itakpe-Warri Rail Line, which started in 1987, was abandoned for decades and was finally completed in 2020.

“President Buhari is the first President to start and complete a rail project in Nigeria’s history (Lagos-Ibadan Rail). The last NLNG Train project (Train 6) was completed in 2008. President Buhari has successfully flagged off Train 7 construction.

“Apapa-Oshodi-Oworonshoki Expressway, undergoing full reconstruction for the first time since it was constructed in the late 1970s. Bodo-Bonny Bridges and Road: Construction finally kicked off in 2017, after several decades of planning, and three false starts.

“The long-awaited Ogoni Clean-Up kicked off under the Buhari Administration. The Nigerian Navy has this year (2021) acquired its first new Landing Ship Tank (LST) in more than 40 years.

“The Nigerian Air Force has enjoyed the largest investment in fleet renewal in decades, under President Buhari, acquiring more than two-dozen new aircraft since 2016. Construction of the first full-scale private refinery and the first privately financed Deep Sea Port in Nigeria’s history both started under President Buhari’s watch.

“Only one Modular Refinery in the country pre-2016. Since 2018, there have been several either under construction or already completed. Maritime University, Delta State, licensed by the NUC and operationalized in 2018

READ ALSO: Nigeria on the brink of collapse – Falae

Facebook
Twitter
WhatsApp
Linkedin
Telegram
Previous articleSowore Points Out Two Types Of Murderers Who Brutally Killed His Brother, Olajide
Next articleBBNaija: Emmanuel is a flirt, he said he can’t wait to see me outside – Angel