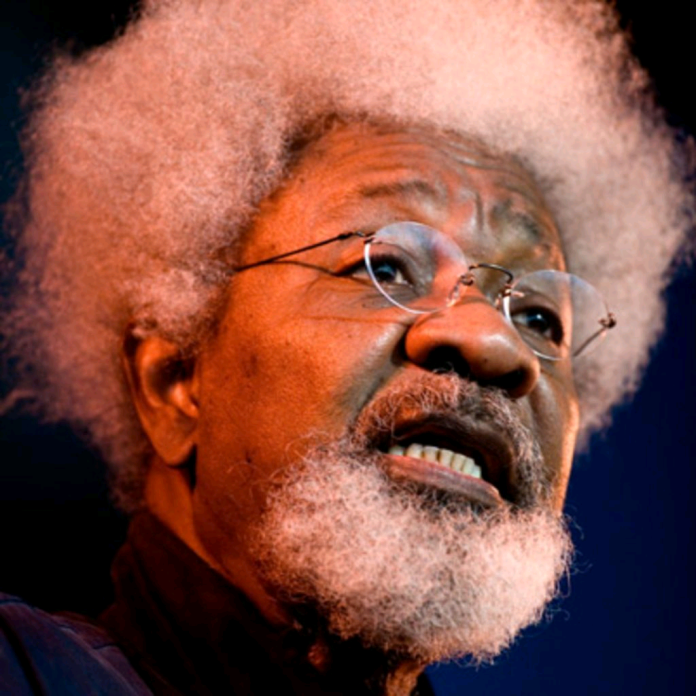 Nobel laureate, Wole Soyinka has said that President Muhammadu Buhari decided to embark on the easter train and donate an egg of truly presidential proportions” by granting state pardons to over 100 persons including former governors of Taraba and Plateau states, Jolly Nyame and Joshua Dariye respectively.

The duo were jailed for laundering a total of about N2.7 billion.

In his statement on Tuesday, Prof Soyinka thanked the bishop of Sokoto Catholic Diocese Matthew Kukah for his Easter sermon which “opens up yet again those sluices of juridical hypocrisy to which we dare not cease to draw attention.”

Soyinka lamented the exclusion of persons jailed for blasphemy from state pardons.

“Such, in the immediate, remains the plight of two young men – Mubarak Bala and the musician Yahaya Sharif – one serving a sentence of twenty-five years, the other actually sentenced to death for alleged blasphemy.  That word ‘blasphemy’ comes into its authentic mode, in my view, whenever anyone violates a solemn oath of office. Its penitentiality becomes even redoubled when such violators are pampered with the prerogative of mercy,” he said.

Commenting further, Soyinka said, “I am persuaded that the recent largesse from the nation’s president has already won a few hearts and minds to the ranks, if not of outright atheism, then at least to a healthy skeptical regard of piety spouting leadership that sees nothing wrong in attempts to extinguish the life of a young man for an honest declaration of conviction, while veterans of broken pledges are let loose to further infect a world they have betrayed. No pardon has been extended in the direction of endangered, youthful integrity.

“Of course, it is easy to track the trajectory of events. Nettled by increasingly scabrous comments, such as those of his predecessor in office, Olusegun Obasanjo, who declared that this incumbent has run out of ideas, that he has nothing left to offer the nation, Muhammad Buhari decided to embark on the Easter train and donate an Easter egg of truly presidential proportions to his subjects.”

“Coming from a leader who had placed all his eggs in one basket, labeled Anti-Corruption, this is one egg squashed against Nigerian faces that they shall not forget – or wipe off – in a hurry,” he added.