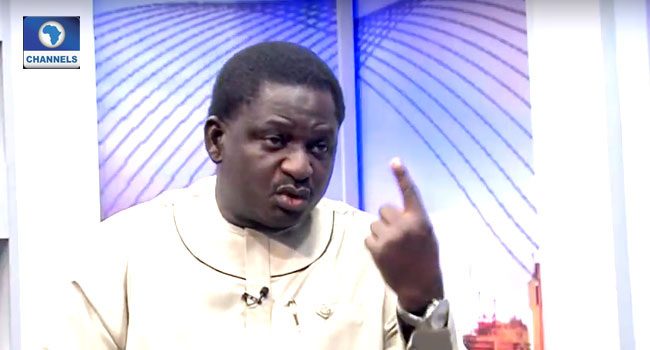 The Presidency has said that there was not a time when the current administration promised to make one naira become equivalent to one dollar.

Mr. Femi Adesina, Special Adviser to the President on Media and Publicity, said the claims suggesting that President Muhammadu Buhari made such a promise, are false.

“It does not exist, it is fake, it is false, it is apocryphal, it doesn’t exist” Mr. Adesina insisted while appearing as a guest on Channels Television’s Sunday Politics.

Adesina said the minister of information, Alhaji Lai Mohammed has debunked the claim severally and challenged anyone with clips and publications to make them available.

 
Speaking further about negative criticisms directed at the president and the administration, Mr. Adesina said Nigerians must stop dwelling solely on the negatives if the country is to forge ahead in the progressive path.

The president’s special media aide argued that there are silver linings in the sky. He, however, opined that it is typical of Nigeria that when the break in the clouds comes, no one talks about them.