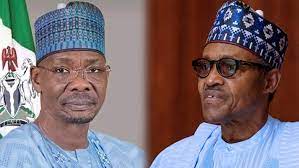 The Nasarawa State Governor Abdullahi Sule said on Tuesday, that President Muhammadu Buhari suggested that the ruling All Progressives Congress should not conduct primaries to select its presidential candidate next week.

Gov. Sule said the president called for the adoption of a consensus presidential flag-bearer to represent the party at the polls.

He said, “The president clearly mentioned that our consensus candidate, our candidate to be selected, must be somebody acceptable to Nigerians.”

President Buhari said during the meeting that the governors, who wield significant powers within the party hierarchy, should allow him a free hand to choose his successor.