HomeCommentaryBuhari Wants To Hand Over To PDP, Here’s How By Azu...
Commentary

Buhari Wants To Hand Over To PDP, Here’s How By Azu Ishiekwene 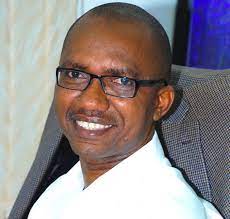 After four weeks of delay, confusion, and indecisiveness, President Muhammadu Buhari finally refused on Monday to sign the Electoral Amendment Bill, citing a raft of reasons which took him so long to improvise you could clearly guess he wanted the cup to pass over him.

But every leader must, at some point, face their demon. President Olusegun Obasanjo was in a similar position 20 years ago, when he refused to sign the NDDC Bill on the grounds of a disagreement with the National Assembly over what percentage of statutory allocation the commission should get.

While he proposed 10 percent and a reduction of the annual budget of the oil and gas companies from three to 1.5 percent, the National Assembly wanted 15 percent statutory allocation to NDDC and three percent from the companies. In the end, the former president was overridden by a National Assembly with his own party, the Peoples Democratic Party (PDP), in the majority.

In spite of the huffing and puffing by the current All Progressives Congress-dominated (APC) National Assembly, it’s improbable they would muster the will – or even the numbers – to override Buhari.

What’s the sticking point in the Electoral Amendment Bill? There are a few, but the obvious one is the provision in the bill for mandatory direct primaries by the political parties. Under the law, the parties may choose their candidates through direct or indirect primaries – or even by voodoo executed in the coven of some party godfathers. This latter option is elegantly called consensus.

Things fell apart between members of the National Assembly who want a statutory end to the indirect primaries because they say it’s undemocratic and largely liable to manipulation, and governors who say mandating primaries for parties is undemocratic and expensive.

The governors have captured the President and, against the public mood, his refusal to assent to the bill was full of excuses that hide the truth in plain sight. It’s a shocking Christmas present from a man who after being a victim of a shambolic electoral process that thwarted his election three times, vowed after his success at his fourth attempt, to leave a legacy of free, fair and transparent elections.

If Buhari’s refusal was a PDP curse, then they’ve got him. And if it’s a trap by insiders in his party with a vested interest in his failure, that’s even worse as they have failed to give him even a fig leaf’s shred of argument to cover his weak and naked excuses.

How could Buhari say he withheld assent because of cost, for example? Cost to who? The parties, and not the government, are responsible for primaries. Even though the parties have made it a bazaar of sorts, which is precisely what governors want because they hold the wallet, it is not the government’s business to pay for or organise party primaries.

Rank and file members who are truly fed up with eating out of the hands of governors should organise themselves and put their money, time and talent where their mouth is, to wrest the parties from governors and take back control. It’s not Buhari’s job to save the parties.

And in case he was talking about the cost of the Independent National Electoral Commission (INEC) conducting the primaries, he said nothing about what the current cost is, never mind the expected revised cost.

It is regrettable that a president interested in making a serious argument for not assenting to vital public legislation did not have the courage to show the public what INEC’s actual feedback on cost was, weeks after he claimed seeking the commission’s advice on the matter.

And he’s right about something, though. The parties, including his own, have dubious membership registers. So, how can we be afraid of something we don’t even know, something we’re not sure of. Conjecture is not evidence.

The argument about security did not make sense either. If anything, it’s not only an indictment of Buhari who was voted principally to secure the country. It also hints that the president is leaving such a deplorable legacy of insecurity, he does not even see things getting better long after he is gone!

That’s a blow to the reputation of a man in whom so much hope was placed for a more stable and secure country six years ago. And yet he makes the argument so casually that he cannot even see that he is undermining himself.

That’s not all. Buhari said he was withholding assent because to sign the bill in its current form would infringe the right of choice of citizens and the political parties. Citizens, he said, specifically party members, should be free to choose their candidates any way they want. Why put them in a straitjacket? Also, the parties, under their present titles, have greater discretion of choice and should not be tempted with any other options that might lead to needless litigations.

That sounds really seductive, the sort of argument a philanderer espouses before he finds his next victim: it won’t hurt, trust me – it’s for your good! But it ends in premium tears. To pretend that the current system is a voter’s carte blanche is to be disingenuous. Choice is already circumscribed by the constitution and the Electoral Act, and the latter permits selection through one of three means – direct or indirect primaries or voodoo.

The strongest argument for mandating only direct primaries is that it vests the decision for the selection of candidates in the rank and file. And why not, if they are prepared to invest in the system and if CSOs are also prepared to help build a culture of volunteerism to strengthen the democratic culture?

Even though a number of National Assembly members who favour direct primaries do so out of spite for state governors, the system offers far greater guarantee of transparency and fair competition than does the current muddle.

But the emptiness of Buhari’s argument does not end with its self-serving pretension that it seeks to defend voters’ rights. It also claims that it wants to save smaller parties from the logistical nightmare of direct primaries. Well, this Salvation Army is coming rather late.

If Buhari was interested in saving smaller parties, he would have sponsored a bill that dismantles the current system which insists that whether by hook or crook, parties must have offices in every local government and every state, for “national spread.” Who needs that? That is what is killing smaller parties and making even the bigger ones wrecking balls.

One of Nigeria’s brightest lawyers, Jiti Ogunye, made this point in his intervention on why the National Assembly should override the president; it’s a must-read. To make it even worse, there is a provision in the electoral law that disqualifies parties that fail to meet a certain threshold at elections from registration! Is Buhari not aware? Or does he just prefer the sport of attacking the ringworm while leprosy festers?

Isn’t it a shame for a man who covets a legacy of electoral reforms that even this contentious bill is not an executive bill? Yet, Buhari is happy to be led by the nose by a Minister of Justice, Abubakar Malami, who obviously is in cahoots with some governors to bend the system (in Kebbi, his home state, and nationwide), to his personal advantage. Apart from chewing the microphone, what has Buhari done, in concrete terms, in the last six years, to promote electoral transparency and internal party democracy?

I’m amused by the nonsense from quislings in the ruling APC, who say that a National Assembly veto must be prevented to save Buhari’s legacy from stain. Really? Are they serious? Can’t they see that the party itself is in grave danger, going for years without a chairman, a national convention, a board, or anything whatsoever on which it can stand as a party, beyond the first quarter of next year? If the lawmakers love Buhari and if they love their party, they must save the president by a veto.

If they don’t, the fallout would swell disenchantment among swathes of already disenchanted members in the rickety ruling party who would, in turn, be obliged to leave the empty shell for Buhari and his remnants. Heads or tails, the governors will be alright; but Buhari will be miserable in retirement.

The Electoral Amendment Bill is more than direct primaries. There are also provisions in it to cap election spending further, toughen the penalties for vote-buying, and validate the use of biometrics and electronic transmission of results. There have been suggestions that it is this last bit about biometrics and transmission of results that Buhari doesn’t want, and not necessarily direct primaries.

Truth is, except in Buhari’s fantasy, nothing in this Electoral Bill threatens his legacy. And I’m ashamed to say this: that a man who was not once, not twice, and not even three times a victim of electoral fraud, should shirk the opportunity to make things better when he can and should. He’s just about to hand his presidency over to the PDP on a platter.

Ishiekwene is the Editor-In- Chief of LEADERSHIP