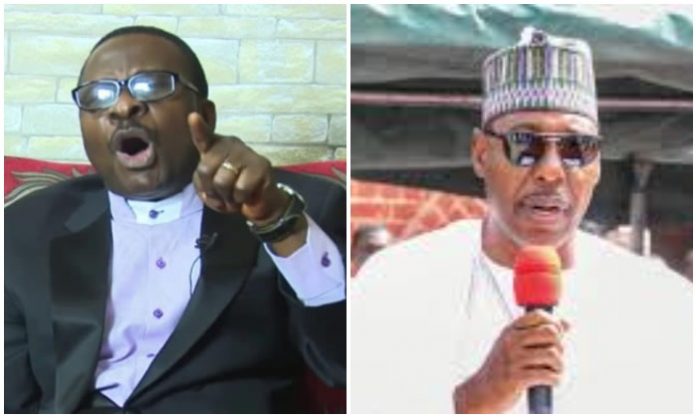 The Christian Association of Nigeria (CAN) has dismissed the claims of Borno State Governor, Professor Babagana Zulum, that some Christians are members of the terrorist group, Boko Haram.

CAN General Secretary, Joseph Daramola, said that Christians cannot be members of the sect  as the insurgents had constantly identified with Islam.

Daramola cautioned the governor to stop mudslinging, adding that the terror group had shown in several videos where they belonged.

He said, “The commandments of God explicitly stated that thou shall not kill and you don’t kill either physically or any form. Christians that are Christians will never engage in that.  “If Zulum has his facts, let him put it out.”

Before CAN’s reaction to Zulum’s claims, many Nigerians have been dismissing the comments of the governor.

Kingsley Ekwa wrote on Twitter: “So Zulum has seen the Boko Haram members and has interacted with them to find out there are Christians and foreigners in Boko Haram.

“He must have something to do with Boko Haram. People fighting for Islamic state are Christians, isn’t that funny?”

Former Aviation minister, Femi Fan-Kayode wrote:” The allegation that there are Christians in Boko Haram by Gov. Zulum of Borno state is a lie from the pit of hell.

“ No real Christian will be in the ranks of an Islamic terror group whose objective is to wipe Christianity off the face of the earth. I have lost respect for Zulum.

Nekka Smith wrote: “If Professor Zulum has information on the ethno-religious and racial composition of members of the Boko Haram terrorist group, he should please be invited by the DSS for further interrogations as he seems to speak clearly on this claim.”

Recall that Governor Zulum recently stated that contrary to the popular belief, some members of Boko Haram are Christians and white men.

Zulum made the disclosure during the 17th Gani Fawehinmi’s lecture organised by the Ikeja branch of the Nigerian Bar Association (NBA) held on Friday, January 15, in Lagos state.

The Nigeria Union of Journalists Ogun state Council has reacted to a fake news been spread by some online bloggers that thugs invaded its...
Read more

World Bank to construct 159 schools, renovate 69 others in Kaduna