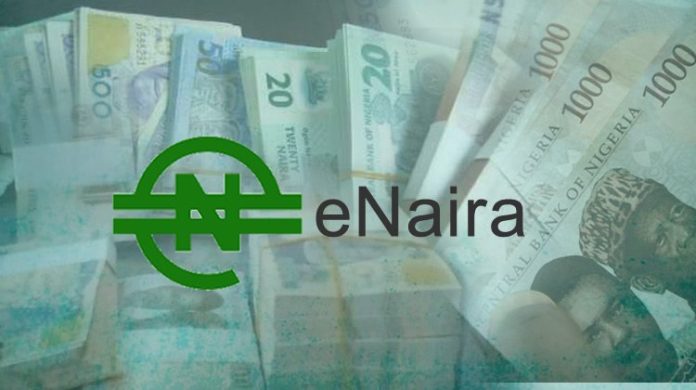 The Central Bank of Nigeria (CBN) has unveiled a programme of events to commemorate the first anniversary of the launch of Africa’s First Central Bank Digital Currency (CBDC) tagged the “eNaira.

The implementation of the eNaira has put Nigeria in the global spotlight as one of the pioneers to deploy a CBDC into live production. This has continued to attract the interest of global stakeholders such as the IMF, World Bank, other Central Banks, and the CBDC community.

A statement by Osita Nwanisobi, Director, of Corporate Communications, the CBN  is holding a one-day workshop themed “Leveraging Innovation for Inclusive Growth and Development: The eNaira Advantage,”  on Tuesday at the Eko Hotel and Suites, Victoria Island, Lagos.

The workshop will review the eNaira implementation journey, one year after;  drive further adoption of the eNaira through public engagement, and facilitate global policy dialogue on CBDC to promote peer learning and benchmarking.

“The event will be hosted by the Governor, Mr. Godwin Emefiele, while the Ministers of Communication and Digital Economy and Humanitarian Affairs will be speakers at the event.

“Other key participants at the event include the Chief Executives of the Securities and Exchange Commission (SEC), the Nigeria Inter-Bank Settlement System Plc (NIBSS), the Nigerian Deposit Insurance Corporation (NDIC), and the National Information Technology Development Agency (NITDA), members of the Bankers’ Committee, the academia, financial services, and telecommunications regulators, merchants, agents, cooperative groups and technical experts, the entertainment industry; amongst others,” the statement said.

The event will also feature a policy round-table discussion on “Effective Collaboration for National Development (Infrastructure, Interoperability, regulation)” and a panel discussion on “eNaira Adoption for economic growth.”