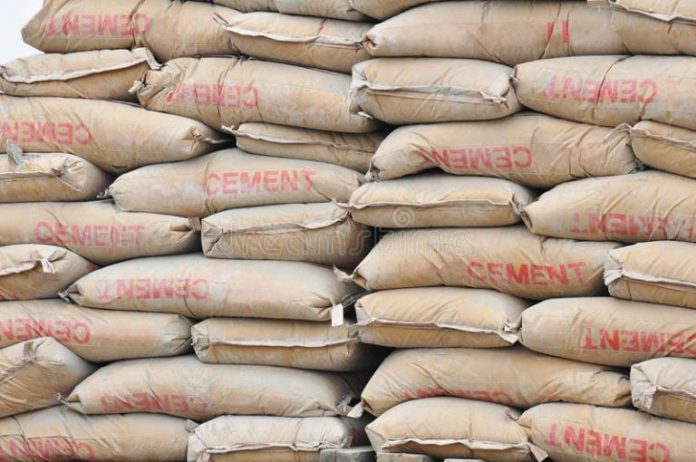 Cement prices have increased by 67-100 per cent in the South East states of Abia, Anambra, Ebonyi, Enugu and Imo, hitting as high as N4,500 in Abakaliki.

A market survey conducted by NAN at various wholesale and retail shops in the zone shows that the price of the product has increased almost by 100 % when compared to the price in 2020.

A cement dealer at Kenyatta Market in Enugu State capital, Mr Ifeanyi Amadi said the increase in the product’s price started last year due to the COVID-19 pandemic and increase in dollar exchange.

“The prices change on daily basis, so as we are talking now, I cannot guarantee the prices it will be sold tomorrow,” he said.

Another retailer at Uwani, Samuel Uwakwe, said he was surprised at the rate prices of the product in the country.

Uwakwe lamented that few individuals were given opportunity to supply the product and pleaded with suppliers to reduce the prices and make it available for the citizens.

He maintained that the prices would likely crash during raining season.

A block maker, Mr Albert Okechukwu noted that increase in the price of the product affected his business as he still sold six-inch and nine-inch block at N170 and N180 respectively.

In Abia, a cross-section of residents of Umuahia, the state capital, also decried the high price of cement, which ranges from N4,000 to N4,100 per 50kg bag.

Those who spoke to NAN said the price hike had further dashed the hope of many Nigerians, wishing to own their personal homes.

A businessman, Mr Victor Ugwu, said he had to suspend his building project because of the “unfortunate development”.

Ugwu said: “I have stopped my project for now. I cannot afford to continue with the current price of the commodity.

“The economy is very bad so I hope to wait until there is a drop in the price.

“I think the hike can be attributed to the monopoly being enjoyed by the cement producers in the country. Unfortunately, there may not be any respite until that monopoly is broken.”

However, a cement dealer, Mr James Ogbonna, said the problem had nothing to do with the manufacturers of the commodity.

Rather, Ogbonna blamed the price hike on the activities of “shylock distributors” of cement.

He said that the hike had affected his business adversely, adding that cement patronage had been at the lowest ebb, since the price hike.

Another dealer, Mr Godwin Okafor, said that his sales had dropped drastically as a result of the hike.

“We have a lot of challenges in this cement business now. When we make deposit and order for the goods, it takes about one month before we get delivery,” he said.

It is a similar situation in Awka in Anambra as stakeholders decry the situation.

Mr Kenechukwu Okoye, a cement dealer along Zik Avenue, Awka said before the #EndSARS protest in 2020, a 50kg bag of cement was sold at N2,500.