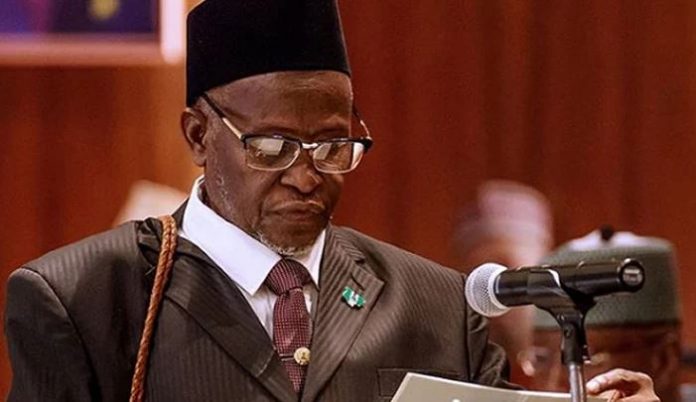 Eighteen judges who were recently elevated to the Court of Appeal have been sworn in by Justice Tanko Muhammad, the Chief Justice of Nigeria.

A drama played out when Justice Olasunbo Goodluck, a Christian, took her oath in the name of Allah.

Immediately, the CJN corrected her and she took it in the name of God.