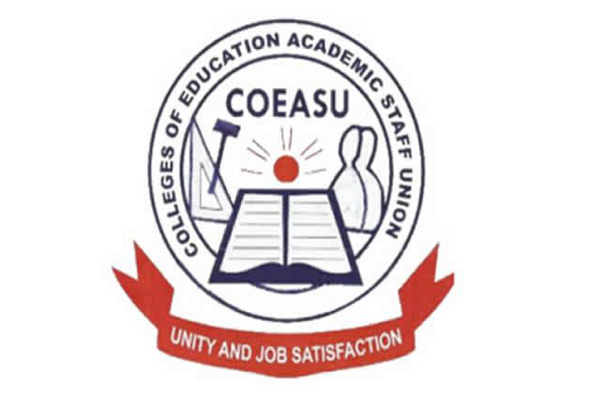 The Colleges of Education Academic Staff Union (COEASU) has extended its warning strike by another three weeks to allow the Federal Government to meet its demands.

The National Executive Council of the union took the decision during a meeting at the Federal College of Education, Kano on July 19, 2022.

Although the union agreed that some progress had been made, particularly in the areas of revitalisation, it said the extension would provide the government the time to meet the remaining demands.

In a statement jointly signed by the President of COEASU, Dr. Smart Olugbeko and General Secretary, Dr. Ahmed Bazza, the union knocked the governments of Oyo, Benue, Plateau and Ebonyi States for the “unwarranted enforcement of no work, no pay without prior meaningful engagement in collective bargaining despite the union’s long predisposition to alternative dispute resolution.”

The NEC charged the national secretariat to sustain the ongoing efforts to address the plights of the affected members.

“Therefore, NEC unanimously resolved that the strike action should continue for the next three weeks within which the Union hopes that the foregoing reservations should have been addressed,” the statement partly read.

The NEC welcomed the on-going mobilisation by the Nigeria Labour Congress (NLC) for a national protest to get our children back to school in solidarity with the struggle of Trade Unions in the nation’s tertiary institutions.

“While applauding the Labour Centre for this promising intervention, NEC posited that the strike action should be sustained and charged Chapters to participate in the mass protest,” the statement added.