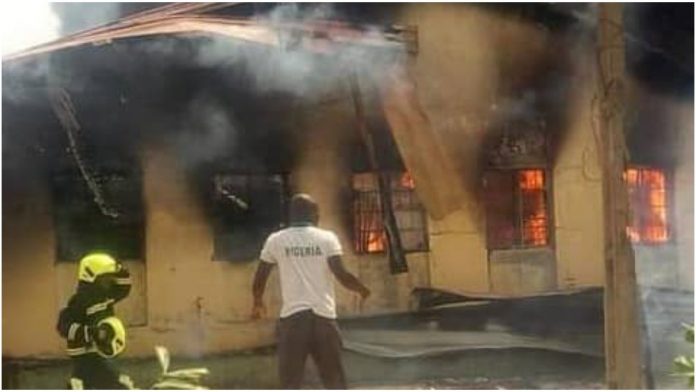 A strategic store of Specialist Hospital, Yola, has been destroyed by fire.

The Adamawa State Specialist Hospital, located in the Jimeta district of the state capital, is the biggest state government hospital in Adamawa.

Although, witnesses say no less than three trucks of fire fighting vehicles had gone to put off the fire by afternoon of Sunday, signs of the destructive fire were still evident by the early evening.

Smoke was still oozing from burnt furniture and other items around the building tagged ‘Central Sterile Supply Department’ when our newsmen visited the place.

The cause of the fire outbreak was still unknown at the time of filing this report.

Typical of the hospital, no official would speak on the incident.

The Specialist Hospital, after which a major street along which it is located is named, remains a strategic healthcare centre to which difficult cases are referred from across the 21 LGAs of the state.