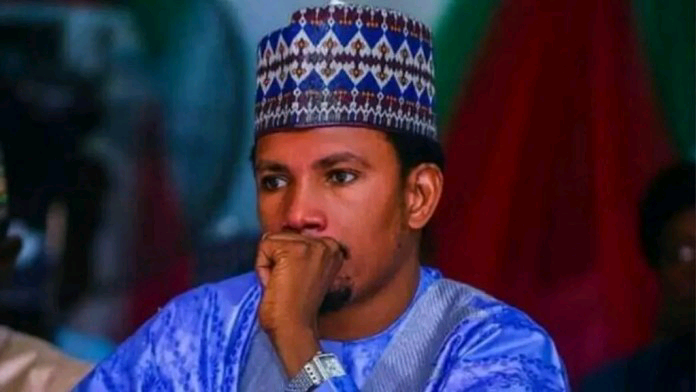 A Federal High Court sitting in Adamawa has sacked Senator Ishaku Abbo as the APC Senatorial candidate for Adamawa North senatorial zone for this year’s election.

This was according to the judgment delivered by Justice Mohammed Danladi on Tuesday, January 10, 2022.

The court sacked Senator Abbo on the ground that he was expelled from the party by his ward in Mubi North local government area of Adamawa.

Justice Danladi, held that the Senator and APC are bound by the resolution of the All Progressive Congress (APC) Mubi North Local government chapter’s executive expelling him from the party on the 7th of October 2022.

The court also averred that Senator Abbo is not entitled to enjoy any right or privilege accorded to APC members.

Recall that the Mubi North LG executive of the party had on the 7th of October 2022, approved the expulsion of the Senator as recommended by the party’s disciplinary committee.

The court further restrained APC under which the Senator is seeking re-election from recognising him as its candidate, saying that he cannot validly be the candidate of the party in the forthcoming general election.

The ruling also restrained Sen. Abbo from parading himself as the candidate of the party in the Northern Senatorial District in the forthcoming general election.

Justice Danladi, held that the plaintiff’s counsel has proved beyond doubt and that the court is satisfied with the procedure followed by the party, saying that Senator was accorded the opportunity to defend himself but deliberately refused to so do.

He said that the action of the plaintiffs in suing the Senator is not an internal affair of the party as claimed and that they have locus standi to institute the action against him since they are registered members of the party.

It could be recalled that two APC members, Abdullahi Suleiman and Yusha’u Usman of Kolere and Sabon Layi Wards, Mubi North LGA, respectively, sued the Senator and sought for an interpretation regarding his status in APC.

In his reaction, Counsel to the Plaintiffs, Abubakar Ali Esq, appreciated the court, saying that the judgement will serve as a deterrent to erring members of the party who claim to be above the party.

The  Counsel to the defendant, E. O. Odo, said that he will inform his Client about the judgment of the court, saying if he agrees, they will challenge the judgement at the Court of Appeal.