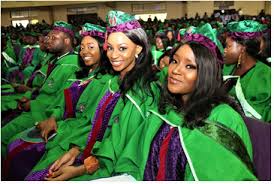 Covenant University, Ota, Ogun State, has placed a partial ban on the use of social media among students.

The ban was pronounced during the university’s chapel service on Sunday.

An official, who addressed students during the service, said that in the meantime, usage of social media would be restricted to one hour per day but will completely be banned soon.

The institution’s management allowed students to use Telegram because the platform is used to disseminate official information to students.

However, the management announced that the activities of students on the platform will be strictly monitored.

Students, who flout this directive risk losing their mobile devices to the authorities, the school warned.

The development sparked various reactions among students on Sunday with many of them expressing displeasure in the video of the service obtained by Franktalknow.

Recall that in May this year, during the university’s convocation ceremony, the school’s founder, Bishop David Oyedepo, decried the negative impact of social media on Nigerian youth, calling for some sort of restriction.

He said, “The social media saga has eroded the substance of destiny as it has unconsciously robbed youths of their future and their time.

“The honour of this generation has been wiped off, chatting all day with no time left to think, plan programmes and engage productively in the pursuit of any task.”

Also in June, the respected cleric during an event at Landmark University, Omu-Aran, Kwara State, once again spoke about the dangers of social media to youth development in Nigeria and why it should be regulated in certain ways.

“We must wake up from our slumber to deal with this monster. It unconsciously robs people of their future by robbing them of their time.

“We must devise means to put a check on free access to social media, particularly those that are not adding value,’’ he said.