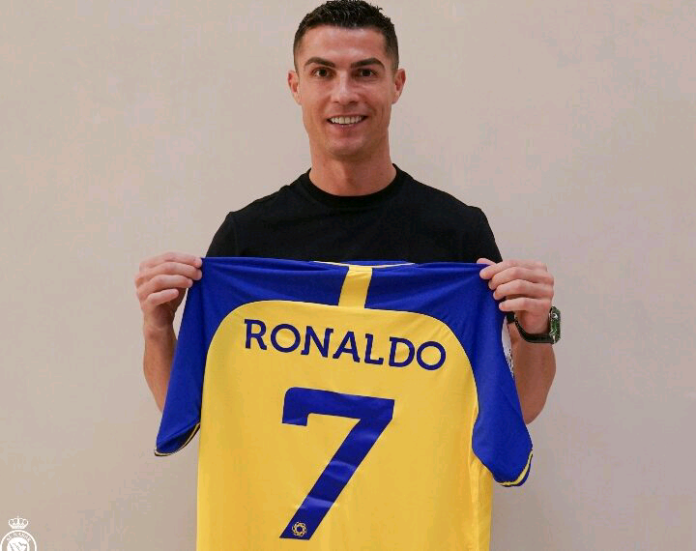 Reports from Spain indicate that the 37 year old Portuguese has signed a seven year old contract where he’s expected to play for two and a half season, while the remaining years would be for ambassadorial duties with his payment increasing over a period of time.

According to the report, Part of his role as an ambassador will be to help Saudi Arabia’s joint bid with Egypt and Greece to host the 2030 World Cup.

Al-Nassr are one of the most successful clubs in Saudi Arabia, having being crowned winners of the country’s top flight nine times, with their most recent triumph coming in 2019.

While the football world is yet to come to terms as to the reason why Ronaldo decided to quit too flight football in Europe for Gulf region, it remains to be seen if his move will pave way for Saudi Arabia to achieve their mission just like Messi did to assist Qatar won the bid to host the 2022 World Cup.