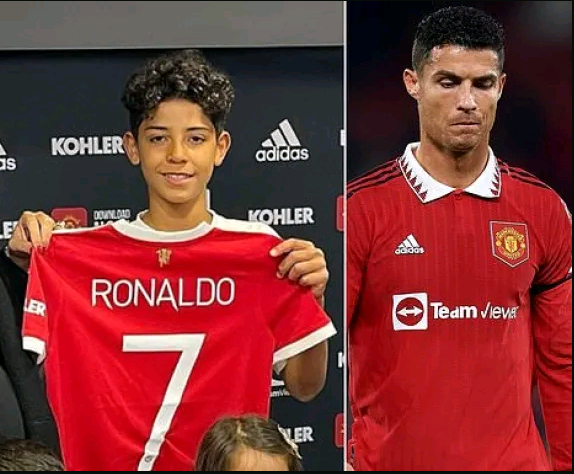 Cristiano Ronaldo Jr ‘has followed his dad out of Manchester United and rejoined to Real Madrid’s academy’.

The 12-year-old played in the youth ranks of three clubs Real Madrid, Juventus and Manchester United while his father represented the senior teams.

Following Ronaldo’s exit from United after his bombshell interview with Piers Morgan in November, his son has also moved on.

Journalist Edu Cornago tweeted about Ronaldo Jr’s return to Real’s academy on Tuesday, December 27, the youngster returning to a place where he scored more than 50 goals in 20 games first time around.

This comes after Ronaldo briefly trained with his former club Real earlier this month amid speculation he could join Saudi Arabian club Al-Nassr in a mega £173million-a-year deal.

Cristiano Jr was born in San Diego in 2010 and is nicknamed ‘Cristianinho’ or ‘Little Cristiano’.