Davido & Chioma: Are They Still In Love? Watch Trending Video 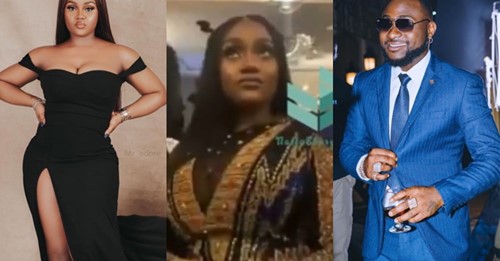 It’s starting to look like the whole rumours of Davido and Chioma breakup is real after a reaction on her live video yesterday.

The Chef had her 26th birthday celebration yesterday, so she went live on Instagram, however a moment when Davido’s cousin stood up to give a remark, Chioma’s reactions to it drew attention.

“I don’t know if you are going to be angry, but I am going to say this, no matter what happens between you and my brother, he loves and appreciates you.

He continued, “You were friends before anything and remember you have a beautiful son together.”

In reaction, Chioma gave a very serious/curious look that has a mix of someone angry or curious to hear the following line the person speaking has to say.