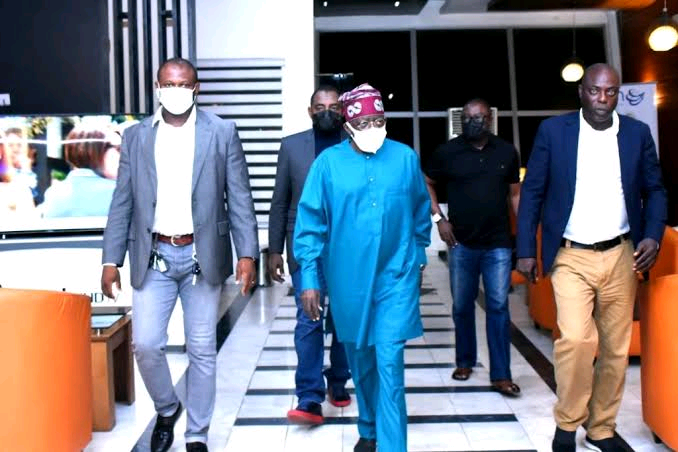 As the presidential race for 2023 general election hots up, a chieftain of the Peoples Democratic Party (PDP), Chief Raymond Dokpesi, has explained why only former Vice President, Atiku Abubakar, can stop the National leader of the All Progressives Congress (APC), Senator Bola Ahmed Tinubu from emerging as Nigeria’s next president next year.

Dokpesi made this known while leading a delegation of the Atiku Abubakar Campaign Caretaker Committee to Valentine Ozigbo, the Anambra State governorship candidate of the Peoples Democratic Party (PDP) in the November 6, 2021 election at his country home in Amesi, in Aguata Local government area of Anambra State, on Saturday.

The PDP chieftain, who said only Atiku has the capacity to defeat the former Lagos State governor, said the visit to Ozigbo was to inform Anambra people that the former Vice President is back again in the presidential race after his 2019 appearance.

“The Waziri (Atiku) is the right person that could match Chief Bola Ahmed Tinubu” should he eventually emerge as the presidential candidate of APC,” he said.

He said Atiku, if elected, would ensure that “South East’s interest would be highly protected”, as exemplified earlier by Waziri with the choice of His Excellency Peter Obi as his running mate”.

While calling on the Igbo to mobilise massively and join the PD, to boost the party’s membership ahead of the 2023 elections, Dokpesi said Anambra had been at the forefront of producing leaders of Nigeria and had shown commitment to PDP as a party over the years.

He said, “We have come to seek and solicit your support for the presidential aspiration of Waziri Atiku Abubakar and to assure you that Atiku Abubakar is in the best position to unify Nigeria and protect the interest of his in-laws (Ndigbo).”