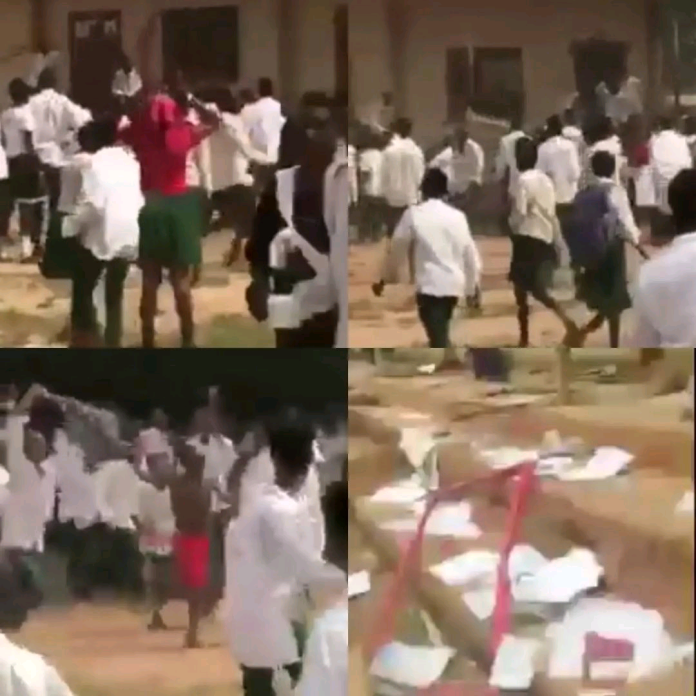 According to reports, the school principal had invited police officer to restore law and order in the school. The students allegedly attacked the police officer, took hold of his uniform, pursued the principal from the school before carrying out massive destruction of the schooll’s properties. They forced their way into the principal’s office and turned it upside down.

A video shared online showed some of the students celebrating themselves.