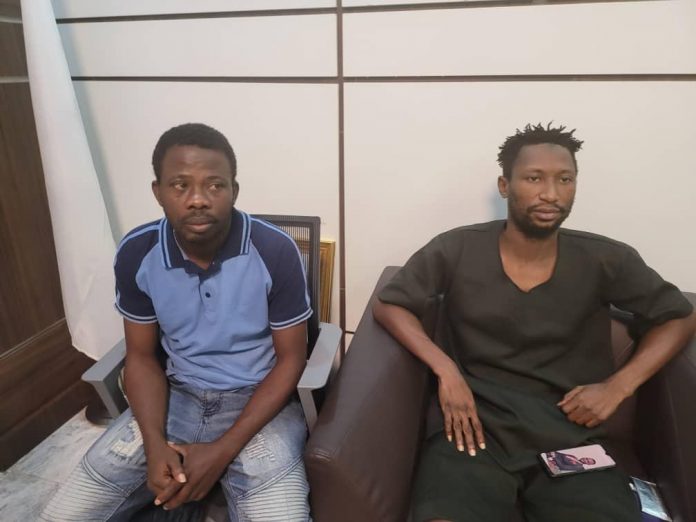 The Department of State Services has released two more aides of Yoruba Nation agitator Sunday Adeyemo.
The secret police released Tajudeen Irinloye and Uthman Adelabu on Friday after over 60 days.
The detainees’ lawyer, Pelumi Olajengbesi, confirmed their release to our correspondent.
Justice Obiora Egwuatu of the Federal High Court sitting in Abuja had on August 4, 2021, granted bail to the 12 detainees.
They had met their bail conditions including the provision of 24 sureties but the DSS lawyer, Idowu Awo, had kicked against the bail granted by Justice Egwuatu to four of them, claiming that they were heavily involved in the alleged offence of arms stockpiling and other criminal activities of their boss, Igboho.

Awo had filed a remand application for the four detainees saying their release would affect investigation. He had also approached an Appeal Court sitting in Abuja to revoke the bail earlier granted to the four persons.
The detainees were arrested around 1am on July 1, 2021, when the secret police “raided” Igboho’s Ibadan residence in a Gestapo style, killing two other associates of the activist in a “gun duel.”
The 12 detainees had approached the court to seek their release.