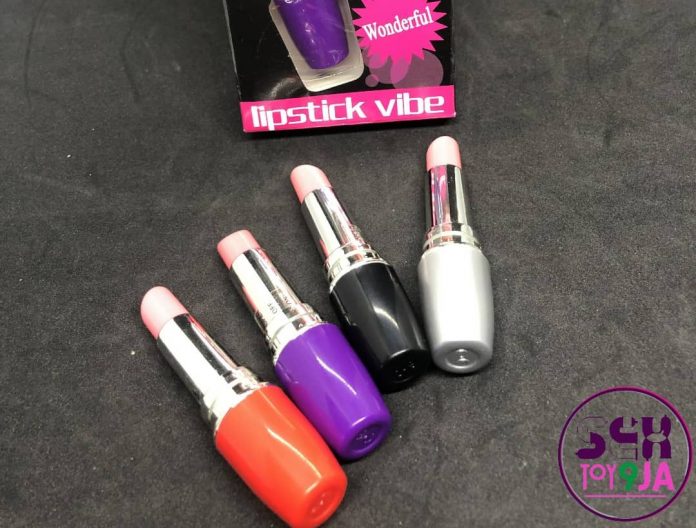 The rise in the use of sex toys by people craving for sexual pleasure is no longer news in Nigeria as merchants have confirmed that the sector has been experiencing a surge in sales.

However, new findings have shown that some students of tertiary institutions in the country now have a preference for sex toys over men.

Students who spoke with our reporter cited a myriad of personal reasons why they would rather choose sex toys over men.

A student of one of the universities in Lagos, Aliyah Babatunde, said sex toys became her companion when she got tired of hearing cases of men sleeping with women and then killing them for ritual.

According to her, another reason is that she got tired of “use-and-dump” – local parlance describing a situation where men lose interest in women after having sex with them.

“In these days of ‘use-and-dump’ by men, as well as when girls are being killed and declared missing after sleeping with men, sex toy is the way,” Aliyah said.

Specifically asked whether she uses sex toys, she replied, “Yes. What’s the big deal? Are you looking for someone to arrest? As far as I’m concerned, it’s not against the law.”

Aliyah’s fears may be justified as in recent times, there have been cases of men killing ladies after having sex with them.

For instance, in July, policemen from the Edo State command arrested one Kingsley Adebanyo for allegedly having sex with and killing one Rosemary Ifeoma.

The incident was said to have occurred at an uncompleted building at Ugbor, Oredo Local Government Area of Edo State.

Also, in June, the Osun State Police Command arrested a ritualist, simply identified as Akin, for killing his girlfriend after having sex with her.

Akin’s accomplice, simply identified as Kabiru, who was also arrested by the police, confessed that Akin invited the deceased from Ibadan to Apomu, Osun State, and killed her after sex.

Kabiru confessed that he connived with Akin, who butchered the lady in his room, intending to use her head and heart for money rituals.

Also speaking with our reporter, a 21-year-old student of a federal polytechnic, Joy (not real name), said sex toy keeps her going.

According to her, she was in the past left heartbroken by men who “dumped” her after having sex with her and does not want to experience another  heartbreak again.

Joy said even though she was married and had a child, she walked out of the marriage because her husband was “a cheat and beater.”

She said she would rather not remarry as she doesn’t care about love anymore, vowing to keep using her sex toys.

“I carry sex toys so I will no longer have to depend on any man for sexual pleasure,” she said.

Also, a graduate of one of the universities in Kwara State, Ms Morireolulwa Adesola (not real name), said she had many friends back in school who depended on sex toys to satisfy their sexual desires.

Adesola, who said she was a victim of sexual assault while in the university, said she once contemplated using sex toys when her lover (name withheld) consistently abused her.

“Many of my mates back in school used sex toys. So it’s not a new thing among students. They carry the toys in their bags and some even used to borrow from their friends.

“There was and there is still this belief that ‘men are scum’, so it’s better to use sex toys that won’t abuse you or break your heart.”

As there are female students who now rely on sex toys in Nigerian institutions, so are their counterparts in other tertiary institutions across the world.

For instance, a 2013 study in the United Kingdom revealed that Cambridge University students searched for ‘sex toys’ online 3,872 times, with students of Leeds University following close at 3,711 visits.

Students at Manchester University were 18th in terms of visits, 3,218, but were however the fourth highest spenders on sex toys.

To put that into perspective, that’s just £200 less than a year’s tuition fees, with some psychologists saying maybe it’s the pressure of being at a top-level institution that got the students reaching for vibrators.

Psychologist speaks on sex toy use

Professor Oni Fagbohungbe of the Department of Psychology at the University of Lagos attributed the high demand for sex objects by women as a response to the human instinct for survival and safety.

He said women going for sex toys might be doing so out of fear of contracting sexually transmitted diseases (STDs) as the objects don’t cause infections.

Another factor, the don said, might be the cost of service, noting that the cost of keeping a sexual partner might be relatively expensive.

“The cost of transportation, hairdo, and clothes demanded by partners may be outrageous, while a one-off outright buying of a sex toy gives satisfaction,” Fagbohungbe said.

“Also, sometimes, partners tend not to be available for sexual activity due to distance, restrictions, or other reasons. But sex toys are available anywhere and at any time as people can carry them in their purses and bags,” he said.

Another factor the don cited is curiosity.

“Many are curious to find out the rate of satisfaction by sex toys compared to human organs; some people just want to know what it feels to use a sex toy,” he said.

Facebook
Twitter
WhatsApp
Linkedin
Telegram
Previous articleDrama As Boy Who Sued JAMB For N1 Billion Is Handed Over To Police
Next articleFG Approves Recruitment Of 20,000 Policemen