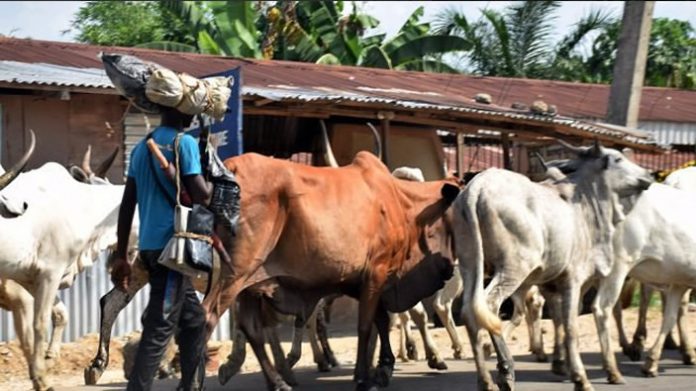 Christian Association of Nigeria, CAN, on Wednesday, described as “gruesome and unwarranted” the murder of no less than 16 indigenes of three communities in Ishielu Local Government Area of Ebonyi State by Fulani herdsmen.
The attack came barely 24 hours after some natives were also reportedly murdered by Fulani herdsmen in Igga, Uzo-Uwani Local Government Area of Enugu State.
Rising from its emergency meeting in Enugu, the CAN South-East zone said it was stricken with grief over the senseless murder of defenceless villagers.
In a communique signed by the Chairman of CAN in South-East, Bishop Dr. Goddy Okafor, the Christian body said they received with rude shock the level of carnage in Ebonyi State “to the extent that human beings were slaughtered like chicken by persons whose identities were not hidden.
“We are indeed in deep grief that lives of innocent people were terminated in such a gruesome manner without any form of intervention from security agencies.
“This came at a time we were yet to recover from a similar report from Uzo-Uwani Local Government Area of Enugu State.
“We are drenched in tears and sorrow and that is why we are demanding that the perpetrators must be brought to book. We read in the media that Governor David Umahi of Ebonyi State says he knows those behind the dastardly act, so the government should go after them with every force of law to serve as a deterrent to others.

“Wherever these people are, whoever they are, security agencies must fish them out and have them face the consequences of their actions. These two incidents must not be swept under the carpet like previous ones.”
CAN equally said the latest killings should serve as a wakeup call to the South-East Governors as “it now appears that the zone is indeed under siege as no day passes by without one form of similar incident or the other.
“The Governors should put politics aside and come up with collaborative strategies to safeguard the zone by checkmating the activities of these killer herder and bandits who are terrrorizing the South-East zone.”
“We are also telling the Federal Government that – enough is enough. Time of so much talk, little action should be over by now. Lives of Nigerians should not be treated with disdain anymore. The government should rise to the occasion and protect the citizens,” it demanded.