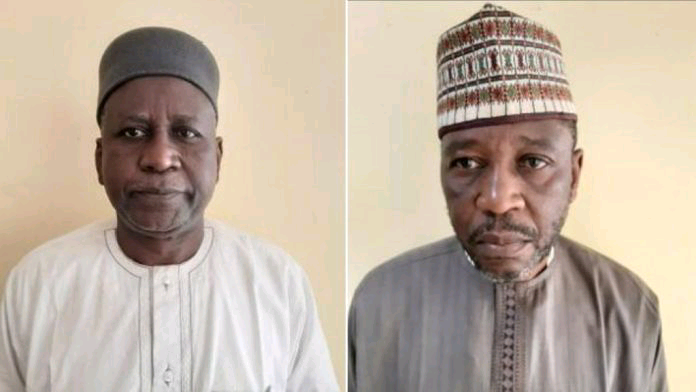 The Economic and Financial Crime Commission (EFCC) has dragged a former Vice-Chancellor of the Ahmadu Bello University (ABU), Zaria in Kaduna state, Professor Ibrahim Garba, and Bursar, Ibrahim Shehu Usman before a Kaduna State High Court for allegedly stealing over one billion Naira.

This was contained in a statement issued by the EFCC on Thursday, January 12, 2023.

According to the statement, the duo are standing trial on an eight-count charge bordering on theft and money laundering to the tune of over N1 billion, adding that they were arrested after petitions were written against them.

The commission said that its operatives conducted a discreet investigation for months which was triggered by the petition.

The funds, according to the EFCC, were earmarked for the renovation of the popular Kongo Conference Hotel, Zaria.

It said that its investigations established that over N1 billion was stolen from different accounts of the institution by the defendants and diverted into their private accounts.

In a related development, operatives of the Nigeria Police Force in Katsina State have apprehended a teenage kidnapper identified as Aliyu Salisu.

The 19-year-old suspect was said to have led his gang to kidnap a six-year-old girl in Kano State and fled with her to an unknown location, demanding ransom for her freedom.

The suspect and his team members, Abdulrazak Ibrahim and Mohammed Ibrahim, all of the same age, kidnapped their victim, Fatima Abubakar, from Bachirawa quarters in Kano on January 6, 2023.

They were demanding the sum of N2 million as ransom from the girls’ parents before the Katsina State Police Command swung into action after receiving intelligence on the development.

The officers arrested Salisu while receiving the ransom. His arrest reportedly led to the arrest of other members.

The State Public Relations Officer, SP Gambo Isah, said the suspects would be charged to court after investigations are completed.