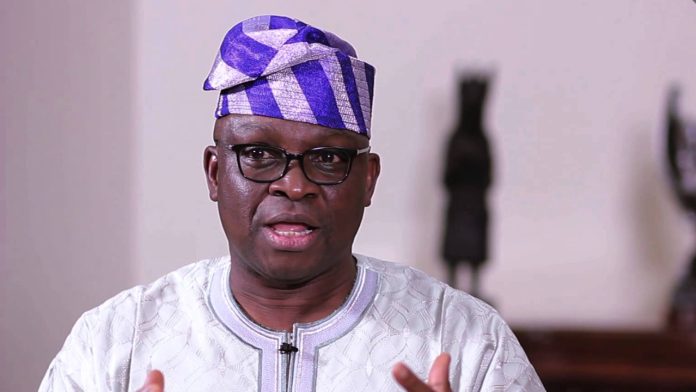 Fayose, who paid a visit to the Governor’s Office, Ado Ekiti, said the project of keeping Ekiti working is a collective responsibility irrespective of political or religious affiliations.

Governor Fayose, who said that the visit was to condole with the Governor and the state on the death of the Speaker, Ekiti State House of Assembly, Mr Funminiyi Afuye, said that the demise of the speaker was a rude shock.

READ ALSO:  Luchy Donalds makes her father emotional as she surprises him on his birthday (Video)

He prayed for the repose of his soul, and that God should grant the family and people of the state the fortitude to bear the loss.

The former Governor called on the people of the state to give absolute support to the new administration.

Responding, Governor Biodun Oyebanji thanked Fayose for his spirit of sportsmanship and the support given to his administration, despite being in different political parties.

Oyebanji promised to always rely on advice, observations and counsels of past and present leaders of the state.