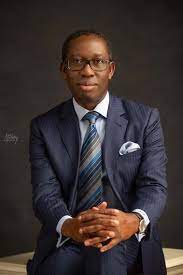 “It shows the desire of your government towards ensuring and sustaining the present peaceful atmosphere in Ekpan.
We totally align ourselves with your position and stand pending when the State Security Council will deem it necessary to look into the matter especially the criteria employed in CLOs selection.”
While lamenting that the decision by the state government to ensure peace in the Ekpan community regarding the appointment of CLOs, the people, said “the peace initiative of the government is being thwarted by the action of self-seeking Unuevworos who have refused to yield to the wise counsel of government.
“Why is it happening so? It is because our Unuevworos didn’t do the needful hence they are having a tough time handling this CLO matter now due to the unfaithful and their biased mind employed in the selection of the CLOs which accommodated mostly their family members and cronies.
Meanwhile, the Director-General Security Matters, Delta State, Chief David Tonwe, dated February 18, 2021, which was addressed to the Unuevworo of Ekpan, High Chief Peter Iffie which read in parts, said: “The attention of the state government has been drawn to the recent unfortunate action by some group of youths representing Ekpan Community/Ekpan Development Committee who visited various companies operating in Ekpan Area and presented fresh nominees for immediate appointment as Community Liaison Officers.
“This action is capable of causing a serious breach to law and order and therefore surmounts the effort of the State Government in ensuring enduring peace within Effurun and environ. This, the State Government will not in any guise condone.
“Specifically, in order to avert any action inimical to peaceful coexistence within the communities, all parties are to maintain the status quo pending when all issues pertaining to the aforementioned are resolved at the State Security Council, where attention is already being given to matters arising thereto.”