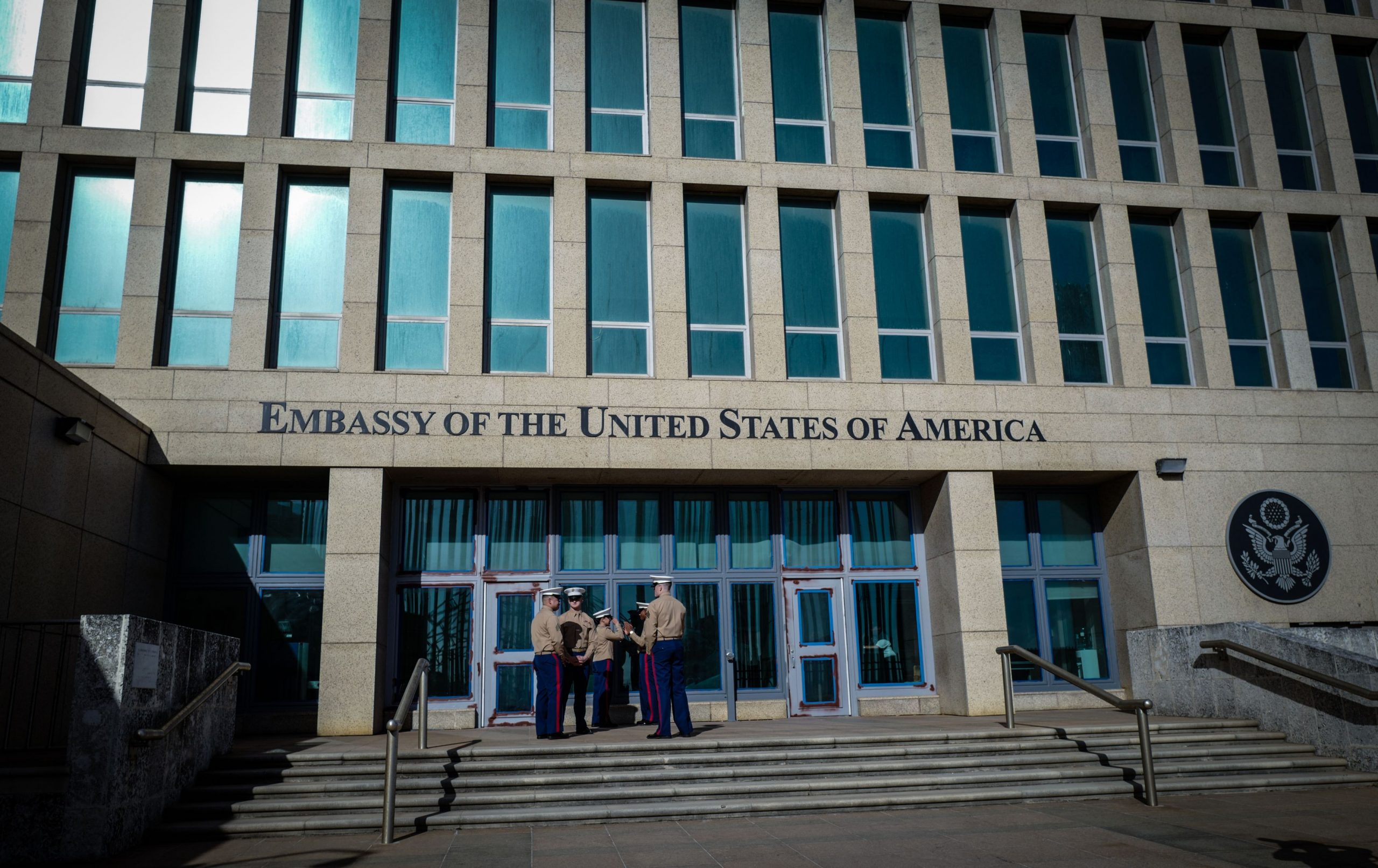 A delegation from the United States on Thursday  met with Vice President Yemi Osinbajo in Abuja  oand condemned  the killing of #ENDSARS protesters  by soldiers in Lagos.

A statement on the website of US  Embassy and Consulate  in Nigeria quoting  spokesperson Morgan Ortagus,  stated that Counsellor T. Ulrich Brechbühl’s meeting with the VP was part of a previously scheduled delegation.

The delegation raised U.S. concerns about ongoing violence in Nigeria, human rights, religious freedom, and trafficking in persons, and wanted to know how Nigerian Government officials  were addressing those issues.

” The Counsellor expressed the U.S. condemnation of the use of excessive force by military forces who fired on unarmed demonstrators in Lagos.

“He expressed condolences to the victims of these shootings and urged the government of Nigeria to abide by its commitment to hold those responsible accountable under the law.

“The Vice President and the Counsellor noted that the right to peaceful assembly and freedom of expression are essential human rights and core democratic principles.